In the Donbas near the OSCE patrol explosion 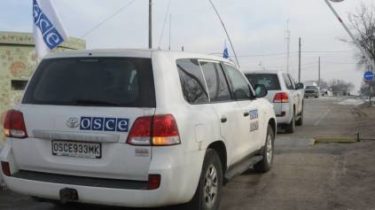 In the Donbas near the OSCE patrol explosion

The patrol immediately left the area and returned to base in Donetsk.

Close to Petrovsky at a distance less than 300 metres from the patrol of the special monitoring mission of the Organization for security and cooperation in Europe (SMM OSCE – ed.) the explosion occurred.

This is stated in the operative report of SMM of the OSCE, published on the organization’s website.

“On may 30 at 10:22 patrol consisting of six members of the mission on two armored vehicles arrived at the location of the CMM camera located outside the area of dilution of power in the Petrovsky district (41 km South of Donetsk). At 10:58 members of the patrol were inside the two cars with the doors open when they all heard a whistling sound and then an explosion. They also saw dark gray smoke rising from an abandoned brick farm buildings, 200-300 metres to the South-West (assessment, beyond the plot breeding) “, – stated in the message.

The explosion occurred as a result of the gap 82-mm mortar mines. Patrol Missions immediately left the area and returned to base in Donetsk.

They call quickly to investigate the case and find the perpetrators. Among the foreign representatives at the tragedy also responded to the Minister of foreign Affairs of Lithuania. Linas Linkevičius expressed his condolences to the family and urged to bring to justice those who committed this crime. In memory of Arkady Babchenko Russian opposition activists the night began to gather on the bridge Nemtsov in Moscow. 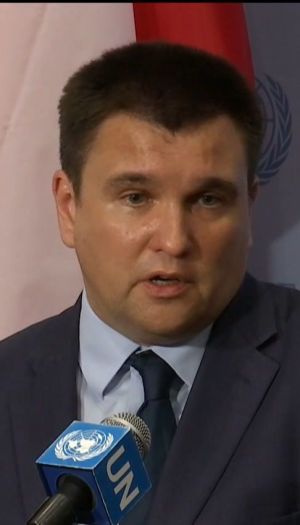 Earlier it was reported that the representative of the Organization for security and cooperation in Europe (OSCE) on freedom of the media, Harlem Desir criticized the spread of Ukraine of misinformation about the murder of the journalist Arkady Babchenko.