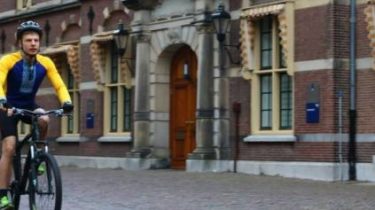 In the night of Thursday, may 31, unidentified men robbed a people’s Deputy of Ukraine from “Blok Petro Poroshenko” Alexey Goncharenko.

“Tonight opened my garage. Looking for probably the Deputy’s car. But, bummer, the Deputy was unusual, I have no car”, – he said.

According to Goncharenko, thieves have stolen three bikes – his wife and children.

“But surely the thieves are now good. Remember in the classic cartoon. “This is what I had been angry because my bike was not”, – added the MP.

Tonight opened my garage. Perhaps the Deputy searched the car. But, bummer, the Deputy was unusual, cars…

Published by Alexey Goncharenko 31 may 2018.

Note, Goncharenko did not specify the garage, in their Declaration of income and assets for 2017.

We will remind, on Thursday, may 24, a man came to the office of the Deputy of Cherkasy city Council Sergey Gora, barricaded himself and shot twice in the chest and head of the Deputy. The attacker himself was also injured a security guard góra were shot from a traumatic weapons. The Deputy died of his wounds, a murder suspect was arrested for two months.