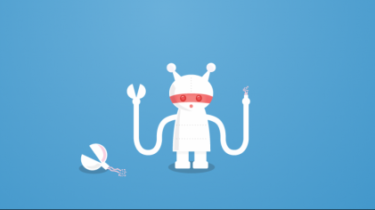 Users blame the author of inappropriate remarks, he says about hacking your account.

In social networks becomes public scandal with the alleged statements of the Deputy Minister of information policy of Ukraine Dmitry Zolotukhin. He sharply replied to one of posts in Twitter about the death of journalists in Ukraine.

Zolotukhin accused the famous Bulgarian journalist, one of the leaders of the international organization “Committee to protect journalists,” Nina Ognianova that she is supposedly unhappy with life-saving Arkady Babchenko. The official then gave us a quiz, would you agree nick to the story of the death of Pavel Sheremet was also staged by employees of SBU. Such “trolling” the users immediately called a very bad and were outraged by the statements of Ukrainian officials. Soon the scandalous tweets disappeared, and the page itself Zolotukhina is no longer available. 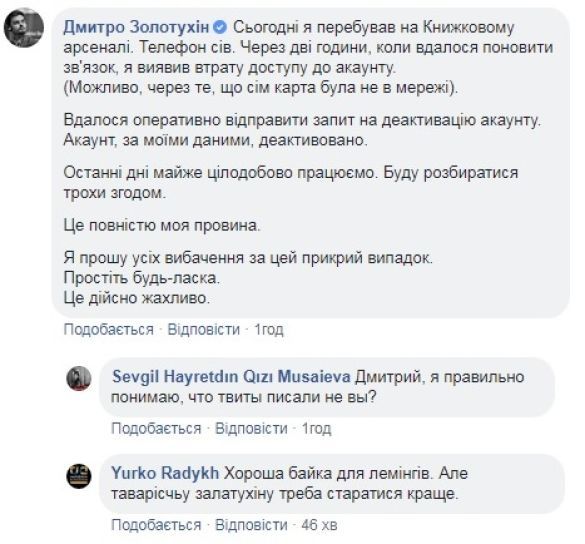 The employee MIP in Facebook explained that his Twitter account was hacked. “Today I was at the Book Arsenal. The phone is dead. Two hours later, when I managed to reconnect, I found the loss of account access. (Possibly due to the fact that the SIM card was not in the network). We managed to send a request to inactivate your account. Account, according to my data, deactivated. The last days almost around the clock work. I’ll figure it out later. It’s totally my fault. I ask all apologies for this unfortunate case. I’m so sorry. It’s really terrible,” wrote Zolotukhin.

Videopantie Babchenko: “reporters without borders” called the operation a new step in the information war

International organization “reporters without borders” outraged by the deception for the sake of Babchenko. A special operation of the SBU there called manipulation and is a new step in the information war. The Secretary-General of the organization said: “it is Always very dangerous when the government plays with the facts, especially the uses journalists for their false stories.” 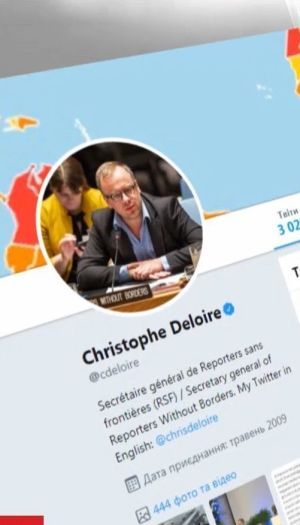