Expensive housing. How much new square footage in Kiev and regions 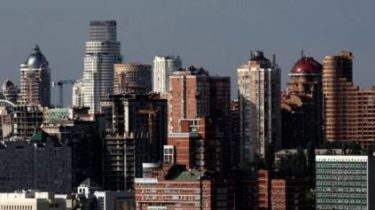 Expensive housing. How much new square footage in Kiev and regions

Cheaper to buy an apartment in the Eastern regions of Ukraine.

During January-February of this year the price of apartments has risen from 3.4% to 11%. Subsequently, after stabilization of the hryvnia on the currency market, the price returned to the level of December 2017.

This was stated by the head of sales Department of one of the residential complexes Alexander Panfilov, writes “Today”.

“Developers in their pricing to become more flexible: the housing demand is largely the determining factor in pricing in the primary market of Kiev. In conditions of limited demand and stabilization of the national currency, the final cost to the buyer will be influenced by two main factors: the cost of building materials, construction and installation works, as well as the degree of readiness of the object itself. My prediction is that in the next 3-4 months the price situation on the market will remain stable, ” – said Panfilov.

Now in Kiev, a square meter of housing in the economy class is 10-24 thousand UAH, comfort-18-45 thousand UAH, premium 26,5-63,6 UAH. Such data results the Director of the consulting research firm “Infoekspert” Leo Korshenyuk.

Architect Taras Godovanets notes that square meter one-bedroom apartments in Kiev, even economy class can cost less than $ 700. For two-bedroom apartments price “square” could be more accessible, but no less than $ 650. Anything below is a loss for the developer should arouse suspicion. In the initial stages, the developer may sell the meters are cheaper, but in the period of payment, especially the installment, the company will take more money, said the architect.

The cost of materials and labour from the beginning of the year increased at least by 12-15%. If the developer has not increased the price – it means he’s on something to save money, says Godovanets.

“The cost of apartments affected by the functional fullness of residential complexes, under construction: the number of created objects of social, recreational infrastructure, recreational areas, identified in particular the LCD. The infrastructure such as clinics, kindergartens, schools, shopping and sports centres, areas of leisure and recreation on the one hand is an advantage of one or other accommodations, and on the other significantly affect the cost of apartments, ” added Panfilov.

We will remind, in Ukraine, want to make significant changes in the state program of providing housing.