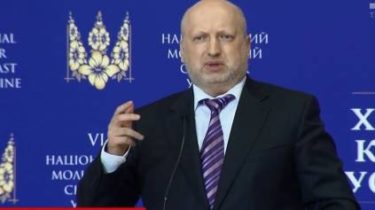 Envelopes with donations left only 1 of the 20 participants.

In the Ukrainian house took place the 7th national prayer Breakfast, created in the image and likeness of the American events. It brought together religious figures and politicians, according to a story TSN.19:30.

The event brought together under one roof government and opposition, just the Breakfast was attended by about 700 people. “Many regular people come here, for example, Oksana Bilozir, Pavlo Unguryan, comes another power, and the majority of people who believe in Jesus, come here” – said a frequenter of all the prayer breakfasts, the former people’s Deputy Anna Herman. The head of the Specialized anti-corruption Prosecutor’s office problems at work believes God’s test. “The challenge I took”, he said. And the head of Chernivtsi regional Council came to pray, and eat, and ask for forgiveness. “The Bible teaches that we should apologize repeatedly every day,” he explained.

Videoblast, the opposition and representatives of major religious denominations came together to pray for Ukraine

From 7 a.m. near the Ukrainian house gathered all of seven hundred of those wishing to publicly turn to God. Seventh national prayer Breakfast, created in the image and likeness of the American prayer Breakfast was held in Kiev. However, trump our Breakfast did not come, but the United States was represented by members of Congress and the American actor Alec Baldwin. 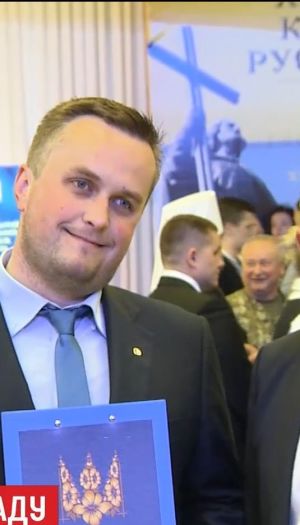 Among the guests were representatives of the Kyiv Patriarchate, and head of the Protestant Church communities, and the chief Rabbi, the chief mufti, but the Moscow Patriarchate was not represented by clergy, and the Deputy Vadim Novinsky. Prayer Breakfast he called a tradition, and had sat and read prayers in the Ukrainian language. “I sit and pray. When you pray – never a dull moment”, – said the representative of “Opposition block”. A fiery speech said Oleksandr Turchynov, who preaches in a Protestant Church, and the only one who repented publicly, were the ex-Prime Minister of Ukraine Arseniy Yatsenyuk. “Forgive me for my mistakes, for not all have time”, – he said.

President Petro Poroshenko also talked about repentance, but in private comments to reporters. “Every day, every day I start my morning prayer with repentance, and I advise everyone so,” he admitted. And explained that is more concerned about the total corruption that makes the society discouraged. But the head of the SBU Basil Gritsak does not recognize that I broke one of the commandments and lied to the Ukrainians that journalist Arkady Babchenko killed – says it was an experiment. “Required by our legislation”, – he explained.

Crowned event of joint prayer for power – President, Prime Minister, Ministers, deputies, judges. The purpose of the Breakfast was a charity to raise money for chaplaincy Ministry in the Donbas. Among those who over four hours, ate, drank and prayed, only every 20th put the envelope on the way out.