The Ukrainian Ombudsman has addressed to the adviser to Putin on visit to prisoner of the Kremlin. 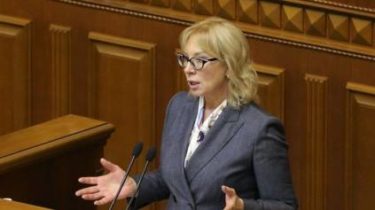 The Ukrainian Ombudsman has addressed to the adviser to Putin on visit to prisoner of the Kremlin.

The human rights activist also wants to see Kol’chenko and Chirniya being held in Russia.

The Ombudsman of Ukraine Liudmyla Denisova has addressed to the adviser of the President of the Russian Federation, the Chairman of the Council for development of civil society and human rights under the Russian President Mikhail Fedotov, with a request to arrange her visit to the political prisoner Oleg Sentsov due to the deterioration of his health.

This was reported in the press service of the Verkhovna Rada of Ukraine on human rights.

“There is information that the state of health Oleg Sentsov has deteriorated considerably, but, unfortunately, we have not yet had the opportunity to check it”, – said Denisova during a telephone conversation with Fedotov.

“You were raised wrong”: mother Sentsov told about his last meeting with his son

In this regard, she asked the adviser to Putin possible to assist in organizing her visits to the imprisoned Ukrainians: Oleg Sentsova, the teacher of history to chirny Alexey, activist Alexander Kolchenko.

In turn, Fedotov said that he wrote the necessary queries for the visit of the Ukrainian Ombudsman to his leadership and will personally control the situation with the Ukrainian prisoners.

In addition, he promised that the Ukrainian side will give the recording a videoconference of the Deputy Lyudmila Narusova Oleg Sentsov and send the results of the medical examination Director.

As reported, the prisoner Sentsov, who went on hunger strike, began to carry out maintenance therapy. His sister thinks this is a sign that with health Oleg bad. The same conclusion came the expert Council of European doctors clinic liver “Regeneration”. It is reported that he has started to teeth.