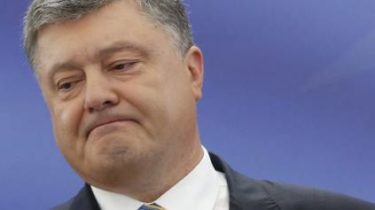 The President stressed that the authorities ‘ response in such cases is hard.

President of Ukraine Petro Poroshenko during a working trip to Odeschina fired the head of the Tatarbunary district state administration of Odessa region Alexander Krivenko.

“If the officials allow themselves to create obstacles to investors in favor of, we all know the interests. I am sure that the reaction of the authorities must be tough. And we should not delay the adoption of relevant decisions. Let this be an example for all that changes, the attitude of investors is changing,” – said Poroshenko.

According to the President, in the Tatarbunarsky area assumed in December last year to lease the land plot to the investor for the construction of alternative energy facilities, to make Odessa and cleaner to build a solar power plant.

“Today, after six months, the company is not something that is not construction work, it is even the land rent is not received. And all because of the fact that the President of the Tatarbunar district administration for reasons unknown to me did not consider it possible to sign for six months the corresponding agreement with the company, although the corresponding order of the Chairman of regional state administration on my behalf it was issued,” – he was indignant.

We will remind, earlier the President dismissed the head of the Commission that approves utility rates.