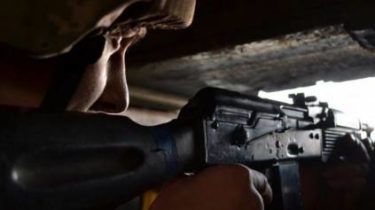 For Thursday, may 31, in the Donbas the militants 26 times fired at positions Armed forces of Ukraine and settlements. In seven cases, they used banned weapons – mortars of calibres of 120 mm and 82 mm artillery caliber of 122 mm.

“For the past day, may 31, the situation in the area of operations of the combined forces remained difficult. Fighting continued all along the line of contact. Active defense positions by units of the United forces did not allow the enemy to improve the tactical position. To prevent the advance of the enemy in the direction of our positions and the suppression of its firing points, units of the United forces gave an adequate response, firmly held their positions”, – said the press center of the joint forces.

During the fighting was wounded three Ukrainian soldiers.

“According to intelligence reports, the enemy suffered losses: two of the occupants were killed and two wounded. Destroyed five vehicles, including two trucks with ammunition, one vehicle of unknown type, a single unit ZU-23-2 and one mortar”, – stated in the summary.

“Yesterday morning the enemy, ignoring the norms of international humanitarian law, fired at the settlement of Chermalyk, firing about 30 shells and mines. the Ukrainian side of the JCCC recorded a hit landmines in the yard of a private house”, – stated in the press center.

At the headquarters of the United forces claim that the situation in the Donbass remains controlled.

Meanwhile in the hospital from severe wounds died a military from Lviv.