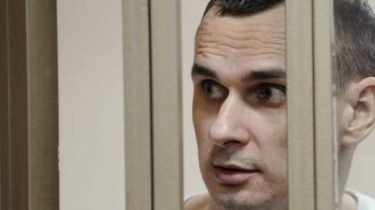 In Kiev about a thousand people gathered on independence square to support Ukrainian film Director, political prisoner of the Kremlin Oleg Sentsov.

Also on the square has set a huge red booth with the caption “a Red card for the Kremlin, from Kiev”. It can sign for anyone.