On Saturday in the Donbass were injured, three Ukrainian soldiers 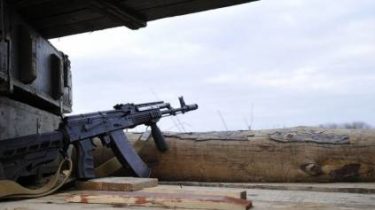 On Saturday in the Donbass were injured, three Ukrainian soldiers

The gunmen were firing mostly in the direction of Donetsk.

For Saturday, June 2, in the Donbass in the shelling of the militants wounded three Ukrainian soldiers.

“The situation in the area of operations of the combined forces remains under control. Fighting continued mainly in the direction of Donetsk. The enemy showed itself near Avdeevka, Experienced and Water, in the Donetsk direction, and Novotoshkivske, Luhansk region”, – stated in the summary of the press center of the joint forces.

The fighters once again prevented me from starting repair work at the Donetsk filter station.

“The enemy fired mortars on the outskirts of the Town, directly from small arms at the Donetsk filter station, without giving opportunity to deliver repair crews,” – said in the message.

Recall that the militants fired “Cougar” on the border of KPVV Mayorskiy.