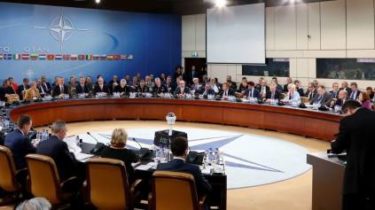 According to the official, his country would have trouble buying membership in the Alliance.

Ukraine and Georgia must prepare for NATO membership and wait for the right moment to execute it. This was stated by the Minister of defence of Estonia jüri Luik.

“I told my Georgian and Ukrainian colleagues that we should never give up. The best example is the membership of the Baltic countries. It was considered a miracle, but, nevertheless, it happened,” said the official. According to him, Estonia went that way and used the time of warming relations between the US and Russia and the unity of the world leaders in the terrorist attacks on the USA of 11 September 2001. “We were ready to act at the first opportunity. If these debates took place in a year, they would have poisoned disagreements related to the war in Iraq,” the Minister said.

According to the Estonian, he never heard the statements made that the adoption of the Baltic countries into NATO in some way would mean that the Alliance cannot be taken Georgia and Ukraine. “Our history is good. It shows that you can build a containment system and it will work. Georgia and Ukraine was not containment,” said Luik and added that Estonia would not be able to so easily join NATO if it were outside the block. “Most likely, we have in this case would be problems,” he said.

Videoelements Assembly, NATO has supported the Ukrainian ambitions to join the Alliance

At the final spring session in Warsaw parliamentarians appealed to all members of a military Alliance to demonstrate the unity and prove that it is still ready to fight off new threats. Among the main dangers the participants of the meeting said Russia and terrorism. Among the statements there was also a call to support the aspirations of Ukraine and Georgia for membership in NATO.