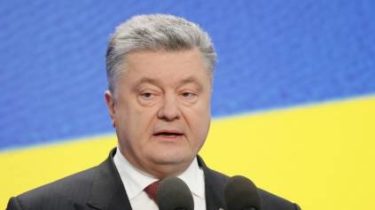 The Ukrainian Director, who is on hunger strike for two weeks, worsened health.

President of Ukraine Petro Poroshenko expressed gratitude to all who joined the campaign in support illegally a prisoner in Russia Ukrainian Director Oleg Sentsov, who announced an indefinite hunger strike in mid-may.

“I am grateful to all who joined the campaign in support of Oleg Sentsov around the world – in Germany, France, Italy, Estonia, Lithuania, Sweden, Georgia, the UK, Canada, USA, Portugal, Ukraine and even Russia”, – he wrote.

According to Poroshenko, the whole world is outraged by the lawlessness and totalitarian methods of the Kremlin regime.

“We will continue to fight for the release of all Ukrainian political prisoners and hostages, prisoners in Russia and temporarily occupied the Crimea and the Donbass”, – assured the President of Ukraine.

Thank you all who joined the campaign in support of Oleg Sentsov around the world – in Germany, France, Italy, Estonia,…

Published by Petro Poroshenko on June 2, 2018

Note in the center of Kiev on Maidan Nezalezhnosti on Saturday, June 2, the campaign in support of Sentsov and other political prisoners.

On independence held a rally in support of Oleg Sentsov

In Kiev on Independence square is action #SaveOlegSentsov to support the prisoner of the Kremlin’s illegal prisoner of the Ukrainian Director Oleg Sentsov. In the colony of strict regime in the Tyumen region of the Russian Federation Ukrainian on hunger strike for 16 days. His only requirement is that the release of all Ukrainian political prisoners. Subscribe to the page TSN Livee, ahead of many important events.

As reported, the prisoner Sentsov, who went on hunger strike, began to carry out maintenance therapy. His sister thinks this is a sign that with health Oleg bad. The same conclusion came the expert Council of European doctors clinic liver “Regeneration”. It is reported that he has started to teeth.