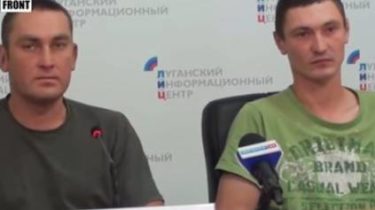 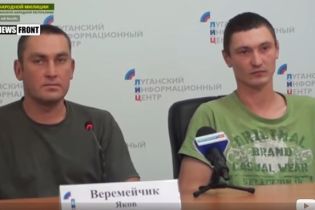 The command of the brigade insists that soldiers are under pressure.

The command of the 14th mechanized brigade received confirmation that two of the disappeared of the military are in captivity of militants. This is stated on the page of crew in Facebook.

It is noted that missing nothing was known throughout the week and during this time, most likely, they were psychological and perhaps physical pressure. A week later, the militants began to put the video with the prisoners, where they make propaganda statements.

“Now they are, according to information released by the media one of the pseudo-republics, and this is most important, however, are in enemy captivity. And shamelessly used by the occupier for creating Pro-Russian propaganda. Cheap srezhissirovannyj enemy TV spots and the so-called briefing clearly shows that soldiers of the APU is strong psychological and there may be physical pressure. Under him, the prisoners tell the truth about the Armed forces of Ukraine in General and the brigade in particular,” the statement reads.

The brigade command was doing everything possible to release the soldiers from captivity.

The command was not informed of the names of prisoners. Meanwhile, on these sites distribute numerous videos with men called soldiers of the 14th brigade – Yuri Avtocom and Jacob Veremeichik.

Note that the military, disappeared on may 26. Then on page 14 brigade noted that they “willfully left the military unit”. This message is no longer available.