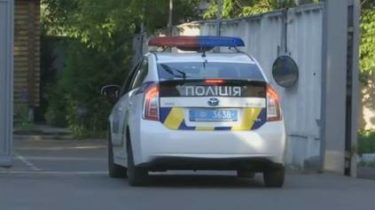 The woman claims she stopped “cooperation” in 2014.

Police of Slavyansk launched an investigation against the former participants of illegal armed formations.

Police in Slavyansk during the work with the population received information about a local resident who previously was a member of the illegal armed formation.

According to police, the woman confirmed that in April 2014 was carried out on the party of fighters “on duty” at the checkpoint on the bridge in the neighborhood Cherevkovka, checking passports and other documents of citizens in vehicles.

It is noted that after the beginning of the active phase of the antiterrorist operation the accomplice of terrorists was afraid for his life, left the ranks of the terrorists, and since then has been hiding his past.

Now checked all the facts of cooperation of the lawbreaker with the militants. Information included in the Unified register of pre-trial investigations under part 2 of article 260 (the creation of illegal armed formations or participation in their activities) of the Criminal code of Ukraine.