The Cabinet is preparing a new list of sanctions against Russia 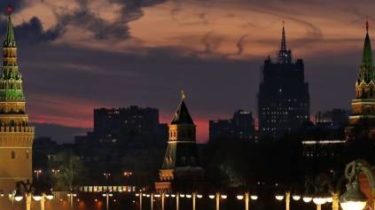 The Cabinet is preparing a new list of sanctions against Russia

Proposals for consideration by the Council should submit within one month.

The Ukrainian government is preparing the extension of sanctions against Russia because of its aggression in Donbas and annexation of Crimea. A list of new restrictions must prepare within one month and submit to the Council of national security and defense.

This is stated in the decree №363-R of the Cabinet on 23 may, UNIAN news Agency reports.

The new restrictions will impose against physical persons and legal entities for a period of three years.

“In connection with the continuing armed aggression of Russian Federation against Ukraine, promoting and financing its terrorist activities in Ukraine that led to the violation of the territorial integrity of Ukraine, rights and freedoms of its citizens, temporary occupation of the territory, numerous human victims, real and potential threats to national interests, national security and sovereignty… to approve and pay within one month the Council of national security and defense of proposals for the application of a period of three years of personal special economic and other restrictive measures (sanctions) to individuals… legal entities”, – the document says.

The list of sanctioned individuals and companies in the document no.

We will remind, the national security Council of 2 may imposed sanctions against juridical and physical persons connected with the Russian aggression against Ukraine. Sanctions are imposed at the initiative of the government, SBU and national Bank for three years or indefinitely, in respect of natural and legal persons involved in the Russian aggression against Ukraine, preparation and conduct of illegal voting in the occupied Crimea in the framework of presidential elections, representatives of the Russian occupation administration in Crimea, the fighters of the Russian armed forces in the occupied territory of Donetsk and Lugansk regions, and the like. In addition, the sanctions imposed in respect of persons involved in information and cyberagression against Ukraine, illegal actions against its citizens who are illegally held in Russia in respect of deputies of the State Duma and members of Council of Federation of the Federal Assembly of the Russian Federation. May 18, President Petro Poroshenko signed a decree on the introduction of the NSDC decision on sanctions.

Videossa warn about possible sanctions against the pipeline “Nord stream-2”

Russia has already started to lay into Germany bypassing Ukraine under the Baltic sea. In the state Department believe – the project contains a security threat, because Russia will be able to set in a sea of spy equipment. In addition, it will increase Europe’s dependence on Russian gas. 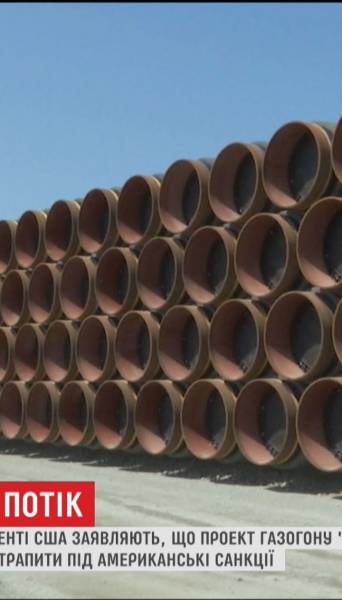