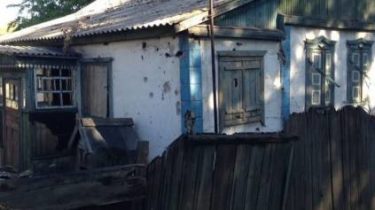 While the military clear the area around Pivdenne village on the outskirts of Gorlovka, shelling frightened people fleeing from the combat zone. The locals are afraid to stay in the village, which was recently liberated Ukrainian soldiers, because of the activity of the militants, according to a story TSN.19:30.

“This is our home. Nothing survived,” shows Julia the pictures of the conflagration, which turned into the home after being hit by Russian missiles. One street has burned at least 10 buildings. Had to flee quickly, the woman managed to grab the only jacket, documents, and cat. She said that the militants had warned people to leave the village. “To live many years – well, where are we going? And they say: there will be a mess we will shoot at your home. And then it turned out that not only shoot but burn,” she said.

Videonauhuri the constant shelling, the residents of Pivdenne fleeing EN masse from the village

While the military clear the area around the village Pivdenne people fleeing from the combat zone. Scared of the constant shelling, the residents of Pivdenne, which recently released our soldiers, I am afraid to continue to stay in the village. The militants deliberately targeting home inflammatory ammunition and firing all around, spreading panic and fear. 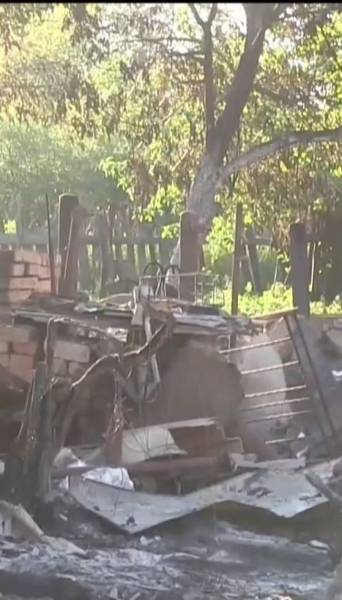 Part of the villagers moved to Tarack, other Pohang in occupied Gorlovka, but some families still do not dare to leave his native village. “My house is in the cracks, but I was staying there. This night shot, and where would I go? But today shot so I’m with the bed fell,” – says one of the residents of the village. In Turecka people draw up documents to obtain the status of displaced persons, the local coordinator said that went about 30 yards – that is, people 60-70. 4 thousand hryvnia each allocates UN.

However, the people at your own risk continue to come back to their homes to get something you need. They walk on foot for three miles. For several days in a row asking about the local green corridor to get home and pick up things. The Ukrainian side agrees, but on the opposite side of the front there are no guarantees – the invaders at any time can start a fire, and the road is under fire control. Cars are not allowed there because it is too dangerous – a few days ago, the militants have fired even the ambulance that tried to take the wounded man.

However, locals say that there is no choice, because the house was the family that needs to feed. Valuables are taken by bicycles. Elena banned machine to take out even paralyzed husband – fighters the woman said that the car would be shot. The man was transported in a wheelchair. “Ukraine was allowed on the machine, and “DNR” said: shoot. We have it on a wheelchair, landed, took the packages and left,” – said the villager.