Ukrainian soldiers forced the militants snipers cease fire. The situation in the Donbass 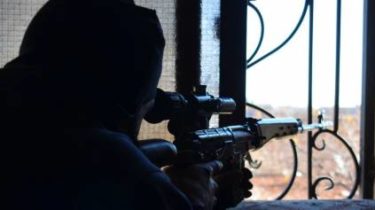 Ukrainian soldiers forced the militants snipers cease fire. The situation in the Donbass

Monday, June 4, on Donbass fighters of 10 times opened fire on positions of the Ukrainian army. Three times – of the Minsk agreements prohibited weapons.

In the press center of the combined forces claim that the situation in the Donbas controlled.

“The fighting continued mainly in Lugansk and Donetsk areas. The enemy resorted to provocations in the areas of settlements Novotoshkovskoe and Zaitsev, opened fire from 120-mm and 82-mm mortars. Unit of the joint forces successfully suppressed the enemy firing points”, – is spoken in the message.

“The occupants tried to sniper fire near the settlement Krasnogorovka. Contripurchase measures our soldiers quickly forced the enemy to cease fire”, – noted in the press center.

The injured and victims among Ukrainian soldiers there. The losses of militants is unknown.