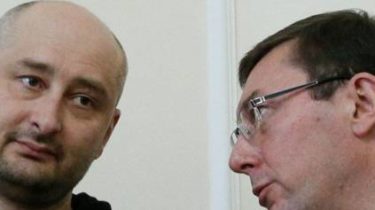 Special operation helped to obtain a list of 47 people who also wanted to kill.

The Prosecutor General of Ukraine Yuriy Lutsenko during his stay in Brussels, explained why it was necessary to simulate the murder of the Russian journalist Arkady Babchenko. According to him, this has made it possible to obtain a list of 47 people who also wanted to kill.

About this Lutsenko said on Monday, 4 June in Brussels the event “Future perpective of Ukraine, a report on reforms and further steps” in the Fund named after Konrad Adenauer .

Videopokeria trust: the allies waiting for an explanation of the fake information about the “murder” Babchenko

On the eve of the world rocked the news of the murder of anti-Putin journalist Arkady Babchenko. Within a day, the law enforcers said that it was a planned special operation to detain the customer, and Arkady alive. But the spread of fake information to the Ukrainian media and the world has angered a number of countries, so law enforcement officers still need to prove that the only way they could stop the killing. 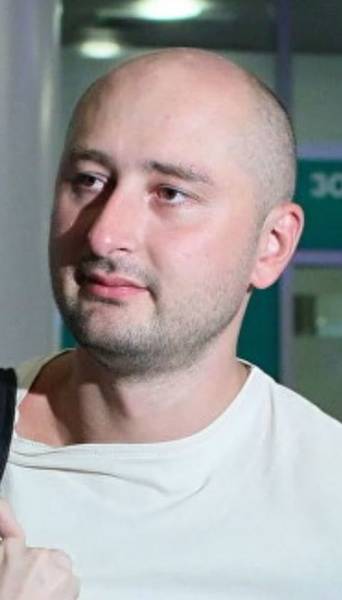 “The best response to our Western partners, now we have this list. Now 47 people, mostly journalists, is more secure than before or if they were not carried out this operation,” – said Lutsenko on the question of the correspondent DW, if he took into consideration the risk of loss of confidence in Ukraine among the partners in the West.

“Honestly, I didn’t expect such a huge wave of solidarity. But even if I knew about the scale of this wave, we would have decided the same. Because we must protect the 47 people who are now alive. Mr Babchenko – 48th alive,” said the Ukrainian Prosecutor General.

Leading Sergei Ivanov after a hike in the SBU in the case of Babchenko: “We can be targets”

The second reason for the special operation was to obtain information about the customer, said Lutsenko. “Yes, we got the information. Now we know about the Russian customer. This is the mystery of the investigation, but believe me, we now know more about this customer and his contacts in Ukraine”, – said the Prosecutor General. He believes getting a list and information concerning the customer “a good price for such a simulation of the murder.”

The attorney General also stated that over the last 2.5 years simulation was conducted in 31 case – mainly to obtain information concerning the customer. “We are not unique. In France, the USA, Germany and other countries these special operations while the investigation is also possible they are doing from time to time. Why we did it more often than others? Because we have a war,” he said.

We will remind, in the evening of 29 may police of Ukraine reported that in Kiev shot the well-known Russian journalist Arkady Babchenko. Less than a day after the head of the security service of Ukraine Vasily Gritsak has told about the RAID of his office to simulate the murder of the journalist for the sake of Babchenko from the assassination.