Federalization and the rejection of NATO: Putin has named the conditions of solving the “Ukrainian problem” 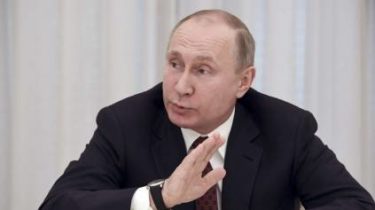 Federalization and the rejection of NATO: Putin has named the conditions of solving the “Ukrainian problem”

The President of the Russian Federation considers the issue of federalization is most acute in Ukraine.

The President of Russia Vladimir Putin believes that the federalization of Ukraine and the abandonment of NATO would solve the “Ukrainian problem”.

He stated this in an interview with the Austrian TV channel ORF.

Putin once again spoke about the alleged harassment of national minorities in Ukraine. He said that Ukraine passed the “law on language”, which, according to him, restricts the use of native language for representatives of ethnic minorities.

NATO approached the borders: Putin assures not to cross the “red line”

In addition, according to the Russian President, a “Ukrainian nationalists in the nineteenth century spoke of the need of formation of independent Ukrainian state on Federal principles”.

“And today, in my opinion, this is one of the issues which is most acute in the Ukraine. But it is, of course, the Ukraine”, – said Putin.

The Russian President also noted that his country is important to the territory of Ukraine there was not “any military installations that would threaten our security,” such as new systems of missile defence.

“Yes, it is important for us, I’m not. But in the end it is the choice of the Ukrainian people and the legitimately elected authorities”, Putin said.

Recall that in March 2015 President of Ukraine Petro Poroshenko said about the readiness to hold a referendum on the state structure of Ukraine, but, according to him, almost 90% of Ukrainians are against federalization. Poroshenko in an interview with Euronews, said that Ukraine is a unitary state and will not accept any form of pressure.