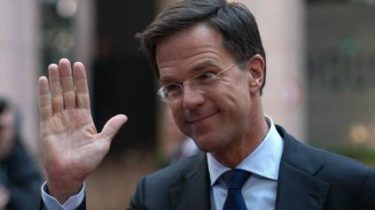 The Prime Minister of the Netherlands mark Rutte took the MOP in the Parliament, and washed the floor.

This case managed to capture. From the record shows that the policies have passed the turnstile, but tripped over it and spill coffee, a glass of which was holding.

Security called the cleaners to clean a puddle, but Rutte decided on their own to clean up after themselves. Separately, he removed the splashes of the beverage from the turnstile with the help of napkins. Later policies even gathered around himself a group of cleaners, who began encouraging him to shout and applaud.

Recall, an unemployed Russian woman accidentally left a 7 thousand dollar tip when I pay for coffee. When paying with a Cup of drink and slice of cake she entered the card’s PIN code in the input field of the order value. The woman realized the mistake much later, after receiving a statement from the Bank.