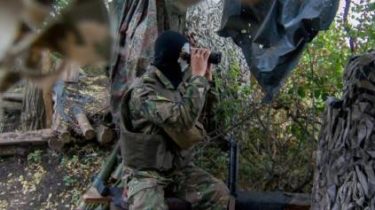 Active fighting continued mainly in the direction of Lugansk.

For Tuesday, June 5, in the Donbas , the militants shelled Ukrainian army positions primarily in the direction of Lugansk.

“The Minsk agreements prohibited weapons the enemy used on the defenders of Novotoshkivske, krymske and Priceprice. In addition, the enemy was chaotic attacks from small arms and grenade launchers at Ukrainian military positions, which are deployed near settlements Marinka, Water, Lugansk, Shirokino and Pavlopol. Foreign troops were active in the defense and gave an adequate response,” – said in the summary of the press center O znanih forces.

“On the morning of June 5, units of radio-technical troops from the combined forces timely detected and destroyed an unmanned aerial vehicle Russian-made “Orlan-10”, – stated in the message.

We will remind, on Donbass brother was killed Gongadze.