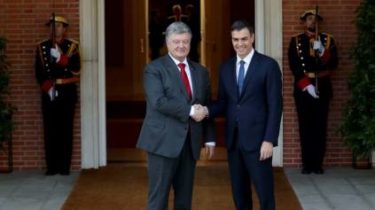 The President summed up the conversation as the new Prime Minister of the Kingdom.

Ukrainian leader Petro Poroshenko following the meeting with the new Prime Minister of Spain, Pedro Sanchez gave an interview to the authoritative the Madrid newspaper El País. In it the President noted the symbolism of the fact that Ukraine was the first country, whose representatives took Sanchez in the post.

As the press service of the Ukrainian President, the meeting discussed important issues, in particular Spain’s support of Ukraine’s European aspirations. “This year marks 40 years of adoption of the Constitution in Spain. During this time, Spain successfully integrated into the European Union and have benefited from EU support to democratic reforms. We want to study in Spain. The second point is clear support for the new Prime Minister strong Ukraine and support Ukraine’s unity of Spain, rejecting separatism”, – said Poroshenko.

In the Premiership he changed his rival, the conservative Mariano Rajoy, who yesterday, the Parliament expressed a vote of no confidence because of corruption in his party. Sanchez has promised to take on the Catalan question, especially today in Catalonia, too, was sworn in as the new Prime Minister – colleague Carles Pokdemon – Kim Torr. 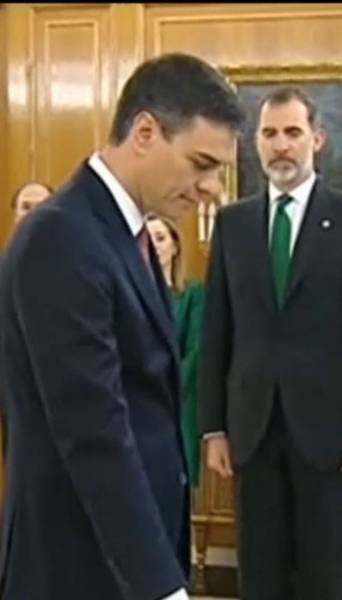 According to him, Spain’s support of Ukraine will continue. “Without a doubt, this is a message that we received today. Just as we support the unity of Spain, the head of the government supports the territorial integrity of Ukraine, in particular, the refusal to recognize the illegal annexation of the Crimea and protection of the territorial unity of my country to the East. We achieve very effective coordination and understanding, I am very satisfied with the meeting with the new head of the government“, – said the Ukrainian guest.

He also expressed confidence that Spain and other EU countries will support Ukraine in its requirements of the Russian Federation about withdrawal of troops and release of political hostages. And thanked the management of Spain for the arrest of eight Spaniards who fought on the side of Pro-Russian militants in the Donbas. “I want to thank the Spanish government for its cooperation in this matter. These ultra nationalists arrived in Ukraine illegally, to kill innocent Ukrainians. This is unacceptable, it is a crime. Russia sends snipers who daily kill Ukrainians, both military and civilian. No matter what these criminals have Spanish passport. They remain criminals. I am very happy with the way the Spanish authorities investigated the matter,” – said Poroshenko.