In the Donetsk region police exposed two henchmen of terrorists In the Donetsk region police exposed two henchmen of terrorists

Four years they hid his criminal past.

In the Donetsk region law enforcement authorities exposed two Mariupol residents, who had collaborated with militants.

As established investigators, in 2014 men have volunteered their services to the insurgents. Both had regular jobs and expect to receive compensation from the terrorists. So, the mercenaries were on duty at the barricades in the camp near the Mariupol city Council, and later with bats and balaclavas stood guard at checkpoints around the occupied Executive Committee. In the case of assault they had to defend the object.

Subsequently, they along with others were taken as labour in Donetsk to strengthen the captured building of Donetsk regional state administration. The men then left the ranks of the rebels and during the four years covered up their crimes.

Now both declared suspicion under part 1 of article 256 of the criminal code. To them threatens till 5 years of imprisonment.

We will remind, the police found in Slavyansk, separatist from the ranks of “DNR”. The woman claims she stopped “cooperation” in 2014.

Videoresolution in Ukraine, the spies told about the recruitment of workers in Russia

Counterintelligence of Ukraine detained the spy – Colonel of the APU and the employee with the strategic military enterprises of the Ministry of defense. TSN has been in contact with some Ukrainians, who were also recruited Russian. Russian special services are interested in not only those who has access to documents marked “top secret”. The risk is very broad. 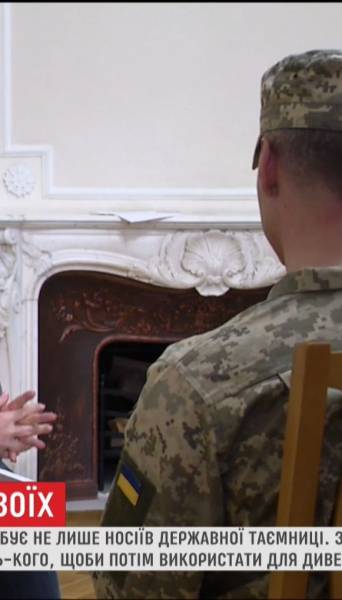