Chance to Vozdvizhenka. Will the city Council to the residents solve the problems of the neighborhood alone? 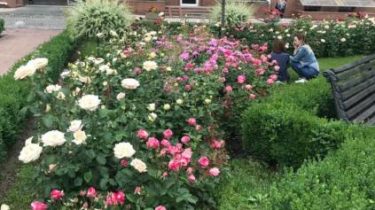 Chance to Vozdvizhenka. Will the city Council to the residents solve the problems of the neighborhood alone?

At the moment in Kiev there are already several OSN, representing the interests of various communities.

At a meeting of Council 7 June, the deputies will consider the draft decision, which can create a unique for the capital of a precedent in the neighborhood Vozdvizhenka will appear On the self-organization of population (BSP) delegated from KMDA authority.

At the moment in Kiev there are already several OSN, representing the interests of various communities. But practice of delegation of authority KCSA was not. Founded with the delegated authority may include on the balance of their infrastructure facilities and to dispose of them.

Why is it so important for Vozdvizhenka?

According to the activist-gradozaschitnitsa Yulia Nikitina, Vozdvizhenka district, which in all documents for 10 years is the construction site. For this “construction site” a few scattered undeveloped pieces of land which are leased from the developer and therefore, the neighborhood all these years on the city’s balance sheet. So, the district administration is not obligated to remove snow and mud from the streets, care of trees. 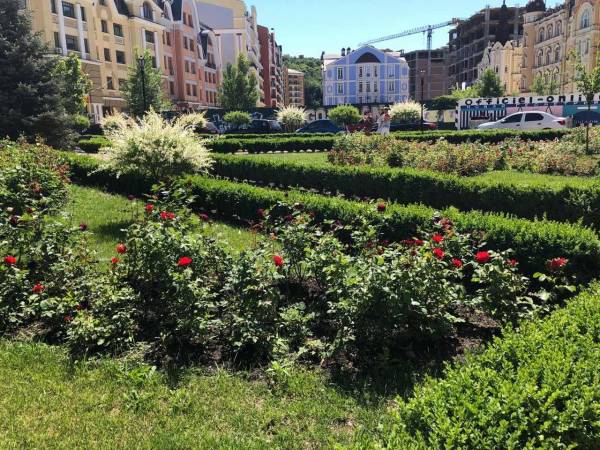 Few people in Kiev who like to walk the route of St. Andrew-exaltation of the cross-Shafts, knows cleared of snow and debris in the streets, manicured trees and rose bushes — all in a few years pay for municipal services and the residents themselves. One snow heavy snowfall from 50 000 hryvnia, and investment in plants on the area of Arts, hundreds of thousand hryvnia. All of the current beauty would not exist if not for the joint efforts of the community.

Vozdvizhenka originally built with multiple process disturbances and without taking into account the traffic load, with a single entry and a single exit, which are in daily traffic jams, among other things, and because of the chaotic Parking.

Now the problem is significantly exacerbated by the construction of the “Hem of the Castle” — a complex of 21 building company ukrbud, “Grad Hem of the Vintage” — 6-section 11-storey building on the outskirts of the neighborhood.

That is why the initiative group of inhabitants of Vozdvizhenka teamed up last year to, essentially, save the neighborhood, systematically changing the situation.

“We are not pursuing commercial objectives, we are apolitical, we just want to be able to maintain order in the district where they live,” says the activist Vozdvizhenka Tatiana Maksimenko, who is now forced almost daily to call a police patrol to stop unauthorized construction work on Tar, 2-4. Our community is ready to break here Park their own, and creating a DOS — local residents will be able to take responsibility for the content of the entire neighborhood, — says Tatiana Maksimenko

“We know that a number of MPs will try not to give Vozdvizhenka to create OSN, speaking and voting against”, — activists say Vozdvizhenka. We will in detail tell about how will be the process of a DOS and one of the deputies was opposed. 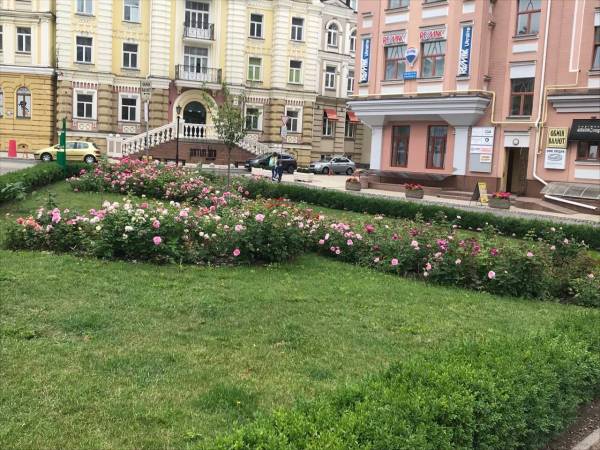 “We hope that Council members will support us and allow us to create DOS. If this does not happen, it is favored by many residents and tourists Vozdvizhenka another 10 years it may be in the status of “construction site”, and its residents will have to watch die one of the most beautiful parts of Kiev”, — emphasizes Maksimenko.

Will 7 — a lucky number for bulk Vozdvizhenka — will decide tomorrow the city Council.