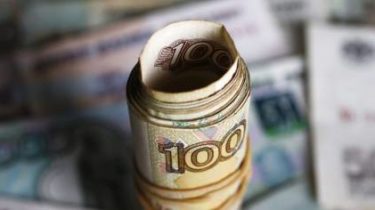 The Bank of Russia predicted the continuation of the sanctions until 2022.

Russia could remain under sanctions until 2022, so the country will be relevant in the development of domestic sources of financing, since access to the outside can be limited.

The forecast published by the Bank of Russia.

“Within the three-year forecast, following the conservative approach, the Bank of Russia does not exclude the preservation of the sanctions restrictions. These conditions are particularly urgent task is the development of internal sources of funding, given that the access to external sources may be restricted”, – the report says the regulator.

At the same time, the Central Bank of the Russian Federation, despite the continuation of the sanctions is going to continue “the process of integration of the Russian financial system in the world”. In particular, we are talking about the development of cooperation with leading international financial institutions.

“This will allow us to bring best practices to the domestic financial market, improve its competitiveness and investment attractiveness, to ensure comparable regulatory burden, create conditions for attraction in the Russian economy long-term investors,” according to the Central Bank.

In April, after the United States announced sanctions against “Putin’s friends” and companies owned by Russian oligarchs, the ruble began to fall sharply. According to experts of the center of development of the Higher school of Economics (Moscow), after the introduction of sanctions by the Kremlin in response to the situation in the Russian economy will only worsen.

The Central Bank Of Russia