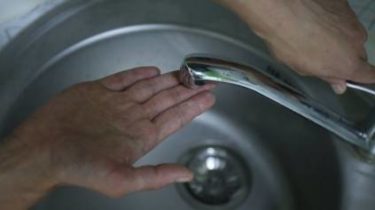 The Kyiv city Rada are ready for radical actions, if the NJSC “Naftogaz of Ukraine” will resume hot water supply to the residents of the capital until next week.

This was stated today by the Deputy of the Kyiv city Chairman – Secretary of Kyiv city Council Volodymyr Prokopiv, the press service of the KSCA.

“We are looking at ways of resolving the situation with “Naftogaz of Ukraine”, which refuses to enter into a contract for the supply of energy of the capital. Yesterday we officially invited the head of the NJSC to the plenary session. We want to hear why today the people of Kiev without hot water and as you can see the solution to this stalemate situation in “Naftogaz”. If the company refuses, we will act dramatically,” – he stressed.

As noted, part of the capital’s homes may remain without light if before August 1 will not be an agreement for the supply of gas between “Naftogaz of Ukraine” and municipal enterprise “kievteploenergo”, which should now provide citizens with heat and hot water.

In addition, under the threat of disruption of the heating season in Kyiv.

In turn, the deputies of the Verkhovna Rada of Ukraine appealed to the Antimonopoly Committee, the Prime Minister and the Chairman of the Parliament because of the situation.

“Today, Kiev forced to pay more than a billion UAH of foreign debt. For a city that’s 15 new kindergartens that can be built from scratch. We can for these tools to provide places in preschool educational institutions on the average 4 thousand small townsmen, and thereby completely neutralize the turn in kindergartens that exists today. In fact, “Naftogaz” took hostage of Kiev, blackmailing non-existent financial obligations”, – said the head of the faction “Solidarity” in the Kyiv city Council Andriy Strannikov.

We will remind, in Kiev, dozens of residential homes as well as hospitals, kindergartens, homes for elderly and boarding schools were left without hot water. Earlier, Klitschko said, why in Kiev there is no hot water and whether it will be in the summer.