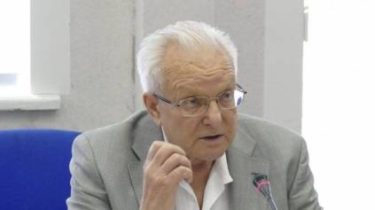 The decision was supported by 289 deputies.

Volodymyr Vasylenko was elected auditor of the National anticorruption Bureau of Ukraine.

The decision adopted by the deputies following the adoption of the bill on the establishment of Anticorruption court. Button “For” clicked 289 deputies. Thus, it became part of the Board of external control independent assessment (audit) of effectiveness of NABOO.

NABU said, as Ukrainians voted for candidates to the Council of public control

Vasilenko, doctor of legal Sciences, graduated from the law faculty of Kiev state University. Shevchenko and his post-graduate degree in International law in 1964. At the end of 1989 he participated in the development of legal bases of economic independence of Ukraine. In the spring of 1990 had prepared a first draft of the Declaration of state sovereignty of Ukraine, later as a consultant of the Verkhovna Rada of Ukraine participated in the elaboration of the final version of the Declaration. He served as Ambassador of Ukraine. From 2006 to 2010 – representative of Ukraine to the UN Council on human rights. In 2008, Ukraine’s representative in the International Court of justice during the consideration of the case by Romania against Ukraine.