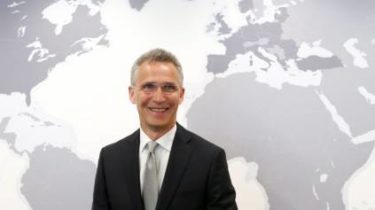 It is unknown in what format the President of Ukraine will take part in it.

The Alliance will invite the President of Ukraine Petro Poroshenko at the summit, to be held July 11-12 in Brussels.

This was announced by NATO Secretary General Jens Stoltenberg during a meeting of defense Ministers of the Alliance on Thursday, June 7, the correspondent of DW.

“We haven’t decided yet on the specific format in specific types of meetings, but invite him,” – said Stoltenberg during the first meeting of the Ministers in the new headquarters of NATO in Brussels.

As reported by DW, in April the Minister of foreign Affairs of Hungary Peter Siarto said that Budapest can block even the meeting of the Commission Ukraine-NATO with the participation of the President of Ukraine during the summit. “KUN will be meeting at the summit, it depends only on Ukraine. If the Ukrainian government will resume the Hungarians of their rights violated, we agree with the Commission Ukraine-NATO”, – said the Minister.

So now NATO is pondering possible alternative format. According to Stoltenberg, one option may be a meeting of leaders of the countries participating in the mission “Resolute support” with training security forces in Afghanistan, in which Ukraine also participated.

The conflict of Budapest, and Kiev was the adoption by the Verkhovna Rada in September 2017 of the education law. He, in particular, determines the language of the educational process of Ukrainian and guarantees to national minorities the right to produce their language only preschool and primary education. But Budapest stressed that those rights which already use a national minority must not be diminished. The Hungarian authorities requires legal guarantee of and consideration on the legislative level, the recommendations of the Venice Commission, which carried out an examination of the controversial standards.

Videoelements Assembly, NATO has supported the Ukrainian ambitions to join the Alliance

At the final spring session in Warsaw parliamentarians appealed to all members of a military Alliance to demonstrate the unity and prove that it is still ready to fight off new threats. Among the main dangers the participants of the meeting said Russia and terrorism. Among the statements there was also a call to support the aspirations of Ukraine and Georgia for membership in NATO. 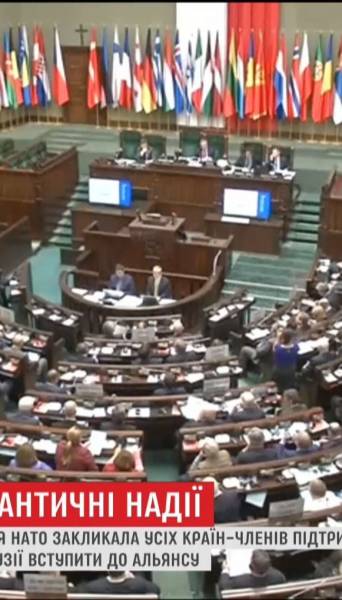