In Kiev, arrested a controversial dog hunter who tortured thousands of dogs – activist 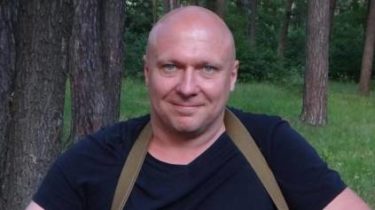 In Kiev, arrested a controversial dog hunter who tortured thousands of dogs – activist

The attacker must choose a measure of restraint.

Detained a well-known butcher and dog hunter Alex Svyatogor, it zapravili in Dniprovskyi police Department of the city of Kiev. This was announced by activist and animal rights activist Alexander Tatarchuk.

According to him, the man will be at the station until the court of a preventive measure.

“Svyatogor arrested! It happened. Flayer, who almost admits to killing thousands of dogs detained. Alexey Svyatogor will be in Dniprovskyi police Department on Chervonotkatska St., 2 to the court of a preventive measure”, – wrote Todoruk.

The name of the dog hunter Oleg Kiev Svyatogor has long been known to animal rights activists. The man leading the propaganda of cruelty to animals, poisoned dogs and wrote about it in social networks. Last year in the Inbox of the dog hunter had laid a grenade.