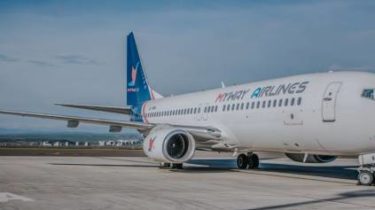 The airline also has open flights from Kyiv.

Cheap where to fly this summer. The five most attractive places for a holiday by the sea

On both routes the airline intends to use Boeing 737-800 aircraft.

At the same time, the company has not yet reported the cost of tickets.

Now the company’s fleet consists of two Boeing 737-800. According to aircraft registries, the airplanes released in 2007 and has previously been used by the Chinese airline Shandong Airlines.

According to the published plans, the third aircraft will join the fleet in early July, the fourth in December.

Myway Airlines is a group project of Chinese Hualing Group. According to the airline, its staff currently comprises 150 employees.

We will remind that on may 21, the first Ukrainian low-cost airline SkyUp made its first Charter flight.