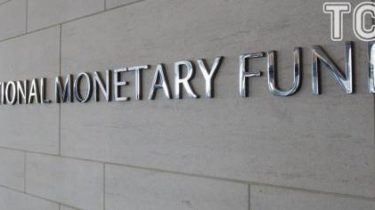 Smoliy described the decision-making procedure by the Fund.

Ukraine may receive the fifth tranche of the International monetary Fund by the autumn of this year.

In an interview with Zn.ua said the head of the National Bank of Ukraine Yakov Smoliy.

He recalled that tranche of the IMF Ukraine took on the obligation – to raise tariffs for gas and to adopt a law on anti-corruption court.

Smoliy said that “Naftogaz of Ukraine” submitted to the IMF a different concept of the gas market, which the Fund was recognized as acceptable to continue negotiations. And recently, the Verkhovna Rada adopted the law on the anti-corruption court.

“After all the questions and decision-making is usually about a week or two arrives the mission of the Foundation. She works here about two weeks, and then goes to Washington and is preparing documents for a meeting of the Board of Directors. This is about two weeks. After a decision by the Board of Directors needed a few more weeks for clearance and transfer of funds. Thus, purely for the passage of all necessary procedures for about two months. I mean, Yes, the fall is [to tranche of the IMF] is possible”, – said the head of the national Bank.

Earlier, the Chairman of the national Bank Yakov Smoliy said that because of the presidential elections of 2019 in Ukraine, Kiev will be able to count on a new loan programme from the International monetary Fund not earlier than 2020. According to him, the new program will duplicate the conditions that Ukraine has not fulfilled under the current program.

If Ukraine will not receive the next tranche from the IMF under the current program, the NBU will conduct a tougher monetary policy – to curb inflation and the withdrawal of capital abroad.

Videoprobe revealed the details of the negotiations with the IMF

If Ukraine will create anti-corruption court, the raising of tariffs for communal services for the population can be postponed. About the speaker Andriy Parubiy talks with the IMF and Venice Commission.