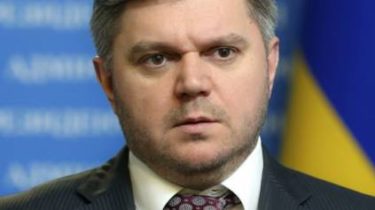 The deputies of the Prosecutor General of Ukraine Yevhen Yenin and Anzhela Strizhevskaya secretly met with the Minister of energy Viktor Yanukovych times of Edward stawicki.

This is stated in the investigation “Classtwo.Nfo”.

According to journalists, the meeting was held November 13, 2016 in tel Aviv in Israel. They claim that they got an audio recording of the conversation.

In the investigation said that the negotiations were also attended by Rabbi Alexander Levin and Ukrainian lawyers of ex-Minister Rafalski Inna and Igor Boyko.

According to audio recordings, the Deputy attorney General has proposed to change the qualifications of article Stavisky, which in Ukraine is suspected of abuse of the process of alienation of land. During the conversation representatives of the GPU say they have been authorized to negotiate the General Prosecutor Yuriy Lutsenko.

Journalists believe that the meeting in Israel could be an attempt to persuade Eduard Stavitsky to sdlcc with the investigation. However, this agreement is only for the formal procedure and provides for certain conditions.

“Classtwo.Nfo” addressed to the Deputy public Prosecutor with the request to comment uila whether they’re meeting with Stawicki. ENIN has left from the direct answer, and Storozhevsky declined to comment.

In comments to the Public Evgeny ENIN said the public in the investigation of the audio is provocation. He promised to provide a detailed explanation on 12 June.

We will remind, in August 2016 , the General Prosecutor’s office of Ukraine sent a request to Israel for the extradition of Stavisky. Israeli law enforcement agencies request is received, but no response yet.

Stavitsky is hiding under the name Nathan Rosenberg, in 2014, he received Israeli citizenship. The security service of Ukraine announced Stavitsky wanted in April 2014 in the criminal proceedings under article 191 of the criminal code (Assignment, waste of property or taking to them by abuse of official position).

Stavitsky is wanted by Interpol on charges of aiding former President Viktor Yanukovych in the capture of “Mezhyhirya.” The ex-Minister living in Israel, where recently denied rumors about his arrest.