In Kiev on the left Bank burned forest Park 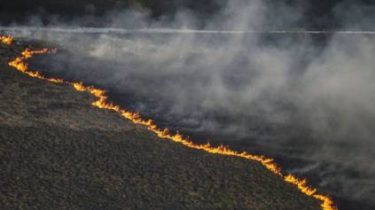 In Kiev on the left Bank burned forest Park

Arrived at the scene, two divisions of gschs.

On the left Bank of Kiev in a forested area there was a fire.

Rescuers received a message about the fire around 14:18. To place an emergency left two divisions of gschs. Also involved in extinguishing the fire was attended by the specialists of forestry and municipal services.

It is noted that the area of the Park area where the fire occurred, is three hectares.

We will remind, on the night of June 11 in the Carpathian mountains, in the village of novytsia Kalush district, burned the largest wooden Church in Western Ukraine – the Transfiguration Church of Kyiv Patriarchate.