Weekend bitcoin has fallen by more than 10% 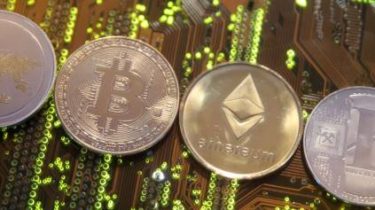 Weekend bitcoin has fallen by more than 10%

The reason for the rapid depreciation called the cyber attack on South Korean stock exchange.

The reason for the sharp fall called the statement of the South Korean cryptocurrency exchanges Coinrail that it had been hacked. About it writes “Interfax-Ukraine”.

Thieves stole a certain amount of alternative cryptocurrencies (altcon). Exactly how much – on the exchange did not elaborate. According to some estimates, amounts to more than 40 million dollars, writes MarketWatch.

About 70% of digital assets Coinrail were transferred to the so-called “cold” wallet, and a media that is not connected to the Internet. The exchange said that working on the return of the lost assets.

Exchange Coinrail is small and is located towards the end of the list of the 100 largest cryptanalytic exchanges in the world. Such data results coinmarketcap.com.

Note that cyber attacks are a serious problem for the cryptocurrency market. In 2014 they were worth to the investors not less than $ 1.4 billion. In January of this year, the cyber attack was subjected to the Japanese stock exchange Coincheck Inc., in February, Italian BitGrail.

Negative for bitcoin and other cryptocurrencies have also reported that us regulators demanded cryptanalytic exchanges of data on the course of trading in the investigation of possible manipulation in the futures market for cryptocurrencies.