H&M in Ukraine. Became known date of opening of the first store 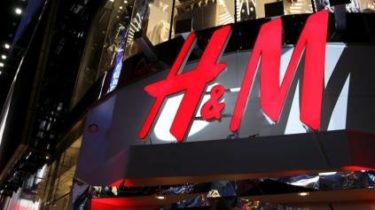 H&M in Ukraine. Became known date of opening of the first store

The store will offer clothing and home goods.

In August, in the capital its first store in Ukraine to open Europe’s largest retailer H&M (Hennes & Mauritz).

The store became a shopping area of 2,9 thousand sq. m. in the entertainment center Lavina Mall, writes, “LC Business” with reference to the press service of H&M.

In South Africa raided H&M for advertising with black boy

The store will offer not only clothing brand but and household goods H&M Home.

“Happy to finally open in Ukraine our first store. We are proud of the new employees. We managed to assemble the perfect team for the Ukrainian market”, – says CEO of H&M in Ukraine Dominica Fantano.

H&M has signed a contract of opening a store in Ukraine in October 2017.

Earlier, Deputy Prime Minister for European and Euro-Atlantic integration of Ukraine Ivanna klympush-Tsintsadze said that IKEA will appear on the Ukrainian market before the end of the year. However, on the request of TSN.ia Department of land resources of the KCSA revealed that the representatives of the company IKEA was not appealed to the Kiev authorities concerning the allocation of land for the construction of the first in Ukraine hypermarket.