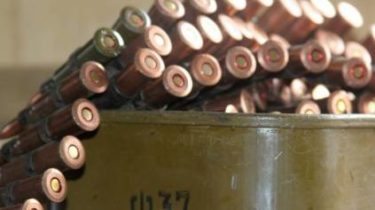 For Tuesday, June 12, on Donbass fighters 11 times opened fire on Ukrainian positions. In four cases of the heavy weapons.

“The situation remains under control… as a result of warfare in the current day one Ukrainian soldier was killed. Enemy losses are specified”, – stated in the message the press center of the joint forces.

Militants fired Novotoshkivske, Novotroitsk and Water, where they opened fire from 120-mm and 82-mm mortars. Also from small arms and rocket-propelled grenades, the militants fired at Marinka, Trinity, Hnutove and Water.

“Division of the United forces were active in the defense and gave an adequate response from the sanctioned arrangements of weapons. Sniper fire was reported in the area Lomachenko that on the Mariupol direction. Contraire action forced the enemy to cease fire,” – said the press center.

Meanwhile, the special envoy of the US state Department’s Kurt Volker has accused Russia in a hot war and a debilitating humanitarian crisis in the Donbass.