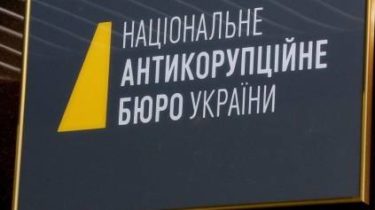 Investigators have six months to investigate information about possible illicit enrichment of a government official.

Detectives of the National anti-corruption Bureau are investigating possible illegal enrichment of the Deputy head of the presidential Administration.

“Beginning February 15, 2018, the detectives of the National anti-corruption Bureau carried out pre-trial investigation into possible illicit enrichment of Deputy head of the presidential administration of Ukraine. All materials and cases on this subject received after February 15 are attached to the materials of the specified criminal proceedings with a view to their validation in the framework of pre-judicial investigation on the specified fact, what the applicants are notified in writing”, – stated in the message.

As told sources Tsna in the Bureau, we are talking about the Deputy head of the presidential Administration Alexei Filatov.

We will note, earlier the lawyer, the Chairman of public organization “European human rights Union” Marina parinova turned to NABOO due to the possible Commission of serious acts of corruption, concealment of information in the income Declaration. In particular, it was reported that Filatov did not specify the son of the civil wife Anna and her law firm Aequo in its Declaration.

Submitted to the NEB a statement about the crime against the Deputy head of the presidential administration Alexei Filatov. The reason for filing the application was…

Published by Marina Paranavai 23 may 2018