“Teachers are people too”. In Russia in protest, the staff of schools publish a photo in swimsuits and lingerie 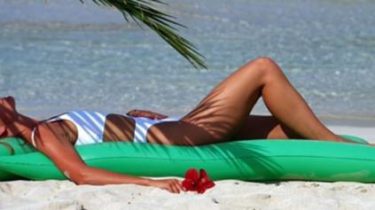 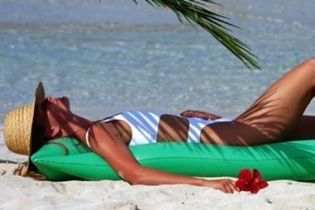 “Teachers are people too”. In Russia in protest, the staff of schools publish a photo in swimsuits and lingerie

The flash mob was supported by both women and men.

In Russia, teachers of educational institutions EN masse post photos in swimwear or underwear in protest. They sign photos with the tag #Whiteshield, claiming that these photos are not immoral and educators do not have the right to prosecute for this.

The flash mob was a reaction to the teacher’s dismissal from the Russian Omsk who starred in a photo shoot in a closed swimsuit. According to “Siberia.Realities”, Victoria Popova taught history. After the appearance of the online photo in a swimsuit, she was forced to resign, but on 9 June was again offered a job.

Yesterday, the Russian teachers across the country have launched a flashmob with the hashtag #whiteshield in support of their colleagues from the city of Omsk. 26-year-old Victoria Popova worked as a history teacher, in her spare time she studied at the model school. A few days ago, the Agency “Art Media” has published in its Instagram the results of the photo shoot of Victoria in a bathing suit. The city administration of Omsk and the school considered this photo a violation of the code of pedagogical ethics (formally approved and agreed with the parent Committee), so the teacher recommended to write the application on dismissal at own will, not to besmirch the image of the school and the title of the pedagogical worker. “I’m not in lingerie, not in stockings stand. People taking pictures, kicking pictures from vacation — what’s the big deal?” — said the girl. Victoria left the educational institution independently, after which, the teachers: men and women all over Russia acted in its protection. Pictures of teachers in bikinis under the tag #whiteshield began to massively appear in Instagrame. The residents of Sakhalin to the situation has not yet responded, we, in turn, the opinion appealed to the regional Ministry of education. There declined to comment because the accident not for the island region. What do You think about this? #sakhalin #citysakh #citynews #atasamentele

Subsequently, in the social network Instagram began to appear a large number of photos of educators in bathing suits.

Want to support the Omsk colleague and participate in the action #whiteshield Tell me when in this country will stop the insanity?

Here we have a flash mob in support of a teacher from Omsk, fired for publishing his photograph in a swimsuit. Support colleagues #whiteshield

They write under the photos, thus support my colleague from Omsk and add a tag that is gaining popularity on the Internet.

I also decided to support the Omsk colleague that got fired because of a photo in swimsuit ♀I ♀I#whiteshield don’t forget about it! And I don’t understand why personal life of the teacher must somehow affect his profession?! In General, expect when this country will stop the insanity, and stupid prejudices reordering t exist! ♀app

“And I don’t understand why personal life of the teacher must somehow affect his profession. In General, expect when in the country will stop the insanity, and the stupid prejudices will cease to exist,” writes one of the participants of the flash mob.

Here is is teacher flash mob #whiteshield my favorite topics and quite without me, so it’s time to fix it) Teacher from Omsk was fired for a photo in swimsuit ♀ now I believe that everyone has the right to privacy outside the walls of the school, and then there should be no case. Post this picture in their underwear as a sign of support, and convey heartfelt greetings especially curious moms of my current and former students ❤on!!!

The flash mob joined in and men .They also expose a photo with a popular tag and a support teacher from Omsk.

#whiteshield . I may surprise many, but teachers can also get involved in something besides school and attempted enlightenment of children, we also have friends with whom we, as ordinary people going and rest, go to karaoke, cafes and clubs. Periodically we have vacation, when we can go on vacation and take pictures, for example, in a bathing suit. Thanks to the power of the Internet, these photos immediately become the topic of discussion. Of course, I understand that for children to see teachers in the summer on the street, and even God forbid in shorts with holes and shapeless t-shirt is a real shock about this and discuss with all friends and family the next month. But we must remember that teachers are people just like everyone else. And free favorite time, they can do anything (well, within the limits of decency) and have the right to rest and privacy. I will soon start discovering the small secrets of teachers in their stories . . . PS. The network is now carried out a flash mob to which I am also pleased to join in support of a teacher from Omsk, who had been dismissed for a photo in swimsuit. So going by the first hashtag you can find a lot of interesting photos and unusual photos of teachers. Write in PM, what do you think about this situation, flash mob and secrets of teachers. . . . #teacher #teacher #Volgograd #Russia #Phuket #Thailand #vacation #holiday #followme #followforfollow #follow4follow #follow #like #like4like #likeforlike #liketime #likeforfollow #flashmob

Keep action #whiteshield Moralists who “fired” by their actions, teachers of Omsk school, are you serious? Everyone has free time, which people can do anything not prohibited by law. That kind of nonsense, well, the teacher posted a photo with the beach and what? For You, dear moralists, cooked in a separate pot you know where… #whiteshield #mortalitytimesecs #moralistically #moralities #dreamland #minsk #dreamlandminsk #goodmood #goodmorning #haveagoodday #goodlife #editedon #moralistically

Recall that a similar situation exists in Ukraine. In Buhaivka village in the Rivne region from the kindergarten fired the teacher Vitu Shereshevsky for allegedly “immoral” photos in a swimsuit.