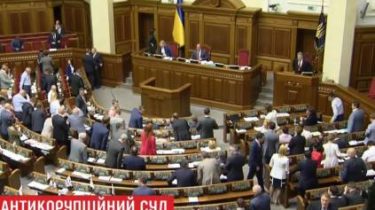 In the Parliament believe that the new body, despite all obstacles, will act.

The highest anti-corruption court can earn in six months, but not all MPs are willing to be his “clients.” But politicians are willing to argue over what topics should be primarily to consider a new body, says the story TSN.19:30.

“I don’t vote for the anti-corruption court,” – said Tretyakov and explained that he didn’t want to do that, because all courts should be “normal”. “Now all the clients of the court. All corrupt officials,” – said Rosenblatt. But Cisse reacted very mysterious. “Exceptions in this life. I’m not antikorruptsionera” he said.

A nightmare of bribes, the Highest anti-corruption court can earn in six months. This was stated by Director of the NABU Sytnyk. But are you ready for our elected officials, and do it yourself new customers – asked the journalists of TSN. 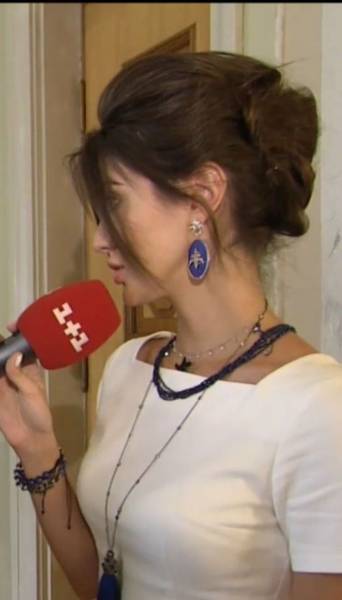 Skeptical about the court, Ireland, he believes that first the body must begin the work, but success still does not believe. “The anti-corruption court will do nothing and won’t help anyone. But even if it is a couple of these monsters go to jail – that’s good,” he said, but did not explain whom he meant. But Igor Lutsenko immediately called the case number one, which, in his opinion, worthy of the closest attention of the judges. “First of all, the so-called scheme Rotterdam-plus,” he said.

Poroshenko has signed the law establishing the anti-corruption court

The offshore environment of the President and the theft of “Ukroboronprom” allocated in the top of the topic Parasyuk, but do not forget about the other issues. “Oil and gas scheme, Rotterdam-plus a presentation on the MPs for illicit enrichment”, – shared his thoughts politician. “The accusations of corruption against Poroshenko and his entourage,” called its priority Vlasenko. “The fact Nasirov, by far,” – said the ancient Turkic and adds to it also Onishchenko.

The same scheme puts in a prominent place and Chumak. “Rotterdam-plus is the first for sure. The supply of the army sanitary substandard vehicles is the second. A third omission Kononenko, Granovsky Poroshenko and all his property that is in offshore accounts,” – said the Deputy. Another list operates Taruta. “National Bank, Ukroboronprom, Ukrainian Railways, when he was our Polish guest performer” – he called the company, whose activities should be investigated for corruption.

Parubiy said, when the anti-corruption court will consider the first case

In General, the MPs predict that the work and the very existence of the anti-corruption court will be obstructed, but the absence of this body, whatever it was inconvenient for the government, will trigger the political death of the President, especially in the eyes of Western friends of Ukraine.