In Kiev, exploded in a parked car, suffered four people 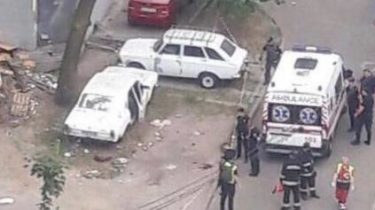 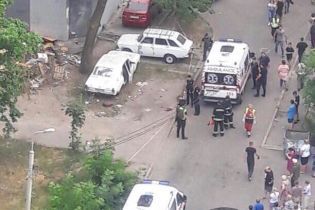 In Kiev, exploded in a parked car, suffered four people

According to unconfirmed reports, the explosion injured children.

In Kiev Svyatoshinsky district, a bomb exploded in a parked car “Volga”.

“Just at Chernobyl, 4/56, in a parked car Volga, something exploded. Local residents say that it was similar to the gas cylinder, but to say it is too early,” – said in the message.

According to preliminary information, the explosion injured 4 people.

The place of work, doctors, law enforcement and rescuers of gschs.

Only at Chernobyl, 4/56, in a parked car #Volga something exploded. Local residents claim that like…

At the same time, the media noted that the victims in the explosion were children.

We will remind, in Sunday morning in Sumy explosion. The assailant dressed in black and balaclavas pulled the pin of a grenade and threw it directly at the feet of the visitors. People not understanding the dangers, just looked at the grenade and was at the epicenter of the explosion. The incident was recorded by surveillance cameras night club installed in the lobby on the second floor, where the explosion occurred.