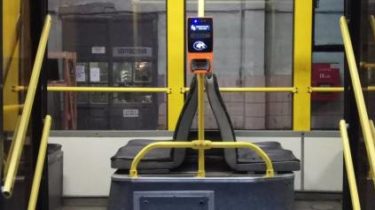 All sought a fine of 80 hryvnia.

Bus hare must be caught, and the controller – not beaten. Kiev transport workers are now caught stowaways together with the police. Eve grabbed as much as one hundred and fifty. All fines collected for 80 hryvnia, says TSN.16.45.

In “Kyivpastrans” say, thus killing two birds with one stone: the revenues slightly increased, and conductors are protected from aggressive passengers.

Very hard going in the trolley with a video camera, to catch the “hare”. But someone does not have time to validate your ticket. Passenger refuses to pay the fine. But the end already police on duty.

“Ticket without a mark composter invalid. You committed the offense. For it is a penalty,” explains a police officer.

The controller Yaroslav Arenovski wishes he was in shape. Attentive riders have time to see it from the salon and to validate your ticket. And there are even trickier.

“Collect tickets, sign them – the state Board numbers. If you travel a lot, just trying out these tickets to see what the salon”, says the controller.

Eve grabbed a hundred and fifty. Pulled out all the fines – 80 hryvnia. The Kyivpastrans saying, thus killing two birds with one stone: the revenues slightly increased, and conductors are protected from aggressive passengers. 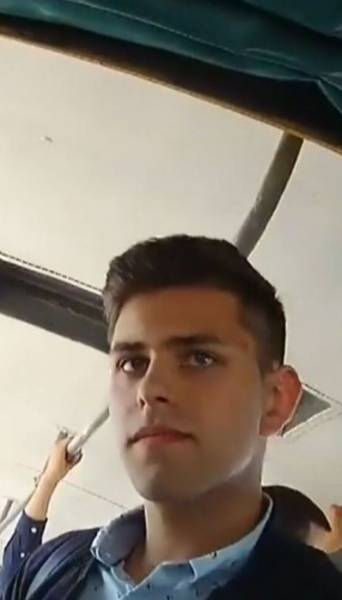 Mr. Jaroslav adds that to communicate with rude passengers have not studied martial arts, and psychology. Helps. Most of the “rabbits” in the morning, during rush hour. Today manage to remove another two fake tickets and student travel.

Managers of urban transport happy: the last time the people of Kiev pays better, and based less. But a few years ago there was a case when the woman opened the purse, like to get a ticket, and got pepper spray. In January of this year, three youths aggressively refused to pay the fare in Obolon. And from the knife injured the passenger, who stood up for the conductor. And in April stowaway beat controller in Lviv.

To prevent incidents, police patrols help supervisors in every district of Kyiv. It is unlikely that they will be on duty forever. But bullies deterred.

“Aggression is small. But it ends when we do,” say police.