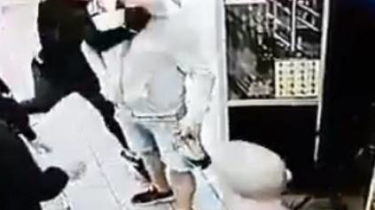 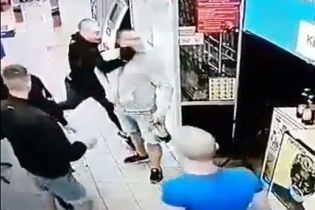 The victim received a broken jaw.

In Kiev law enforcement authorities detained the”thugs” who attacked the young man in the supermarket “Silpo”, near the metro station “Lukyanovskaya”.

This was announced on his page in Facebook MP from the “popular front” Anton Gerashchenko.

“A few days ago in the supermarket “Silpo”, metro “Lukyanivska” a group of thugs brutally beat guy. The police of Shevchenkivskiy district of their job already done 2/3. Two of the three thugs have been detained and testify. They Shine a few years in jail, if the court is strict, or probation, if they will repent and get on the road to reform”, he said.

According to Gerashchenko, with the arrest of a third offender will not be found.

A few days ago in the supermarket “Silpo”, metro “Lukyanivska” a group of thugs brutally beat a young man….

Published by the Anton Gerashchenko 13 Jun 2018

As eyewitnesses told, the young man came to the supermarket late in the evening of 8 June together with my wife. While the woman chosen the products, he sat down around the banks. He was approached by three of them and started a fight, one of them struck the guy shot right in the head.

Note, it is also reported that the fight was preceded by verbal conflict near the entrance to the supermarket. As a result of beating the young man received a broken jaw.

The buyer claims that he purchased a stolen Kindle, and was beaten by a representative of the company-seller

In turn, users of social networks also angry because of the inaction of Mall security, which did not help the victim and did not protect it from intruders.

We will remind, on 30 April in Kiev there was an attack on Mustafa Nayem near Bessarabsky market in downtown Kiev. The MP was moving by car in the direction of Bessarabska square. On the road it cut “Mercedes”, began to quarrel. At this moment they drove the BMW car. During the conflict one of the strangers hit Nayem in the jaw. Criminals from a scene have disappeared. To search for car law enforcement officers entered the plan “Interception”. Three Chechens detained immediately. Few days in Azerbaijan have arrested a mansuspected of beating Nayem – Magomed-Amin Saitova.

The investigative Department of Shevchenkovsky Department of the police of Kiev began criminal proceedings under part 2 of article 296 (hooliganism) of the Criminal code of Ukraine. The sanction of article provides till four years of imprisonment. Subsequently, after the passage of the Hire survey in the hospital, he had established the bodily injuries, the police opened a criminal proceedings under article “Intentional moderate bodily injury.”