Normal life will be gone: doctors save 13-year-old shapera, who was electrocuted on the. 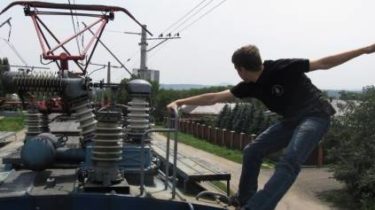 Normal life will be gone: doctors save 13-year-old shapera, who was electrocuted on the.

Doctors say that such injuries can be maimed for life or cause death.

In Kiev, doctors save 13-year-old schoolboy, who yesterday climbed to the roof of the train and got a shock. His body skipped a voltage of 27 thousand volts, according to a story TSN.19:30.

It happened at the train station in Darnytsya, after hitting the teenager fell from 5 meter height on the platform. Doctors for several days fighting for the life of a student and say that the chance to return to normal life after such a trauma there, because the current passes through all the vessels and organs, but mainly affects the brain. “Received a severe electric shock, 50% of the body surface, falling from a height,” – said the Deputy chief physician of city hospital Sergey Staskevich.

They climb on the train for a few selfies and for life remain disabled. In Kiev, doctors save 13-year-old schoolboy. He had climbed onto the roof of the train, and his body missed the tension in 27 thousand volt. Chance of returning to normal life after this no – doctors say. Why every year the number of victims of so-called “zacepina” only grows in the story TSN. 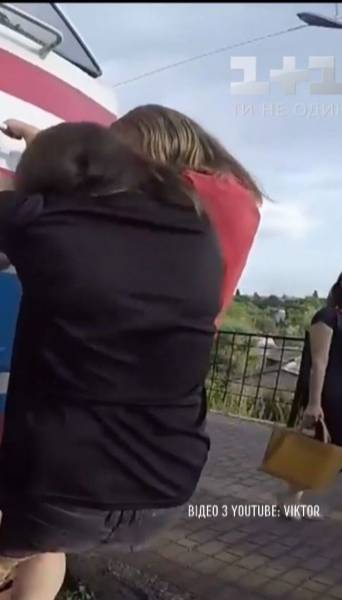 Ukrzaliznytsia also recognized that less than six months because of the dangerous fun on the roof of the train 12 injured and 2 people died. “One can get a thousand likes for that ride, and another few dozen wreaths in the cemetery,” – said the head of the Department of labor protection at the enterprise Valery Suslenko. The railroad recognized that those who gets on the train, can’t do anything, because the drivers do not see them, and when they notice duty stations – teenagers quickly run away.

Sometimes children have time to take pictures of passengers – from the heads to the wire a few inches. Experts say that to remain intact in such circumstances is almost a miracle, because in the contact network in Kiev, 27.5 kV, and the voltage is valid not only when touching, can penetrate the arc. The police confirmed that the injured 13-year-old boy due to the negligence of parents is not the only case, just before the shock on the roof of the train hit the adult 27-year-old man, but to save him was useless.