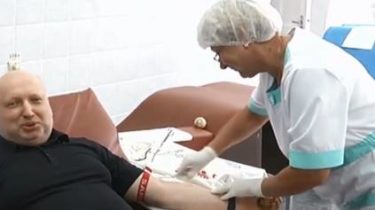 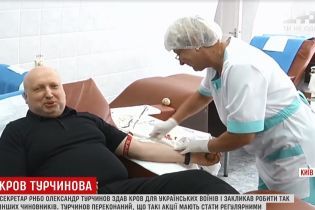 Secretary of the national security Council and he did the same.

NSDC Secretary Oleksandr Turchynov has urged officials to share their blood with the Ukrainian soldiers. The politician has set an example and passed their own, according to a story TSN.19:30.

He did it in the main military hospital where delivered wounded soldiers to the East. Together with the Secretary joined his subordinates.

Turchynov sharply reacted to statements of Putin about Donbass

Due to the fact that the school constantly experiencing shortage of blood Turchinov urged to join such actions and ordinary citizens, and civil servants, from MPs to members of the government. “I want to appeal to the heads of all offices, officials, MPs to share their blood with our soldiers who every day shed their blood to defend Ukraine. Every day you can enjoy in military hospitals,” – said the Secretary of Ukrainian security Council.

Alexander Turchinov gave up and its in the Main military hospital, where delivered wounded soldiers to the East. Together with the Secretary, the action was joined by his subordinates. Due to the fact that the school constantly feel the lack of blood, but ordinary citizens, Turchynov urged to join and other civil servants. 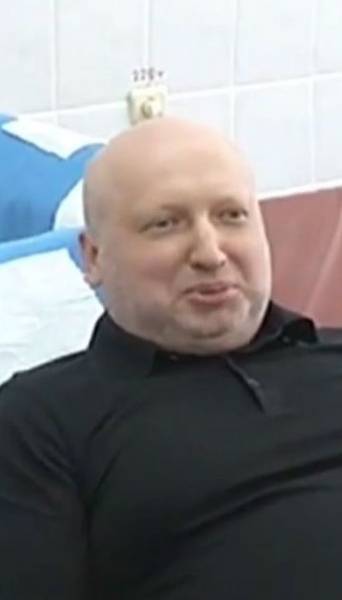