Destroyed trees, power lines and the dead woman: Kiev has a day recovering from powerful hurricane 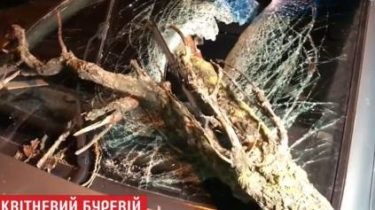 Destroyed trees, power lines and the dead woman: Kiev has a day recovering from powerful hurricane

People admit that they don’t remember such wind.

A furious hurricane swept the day before in Kiev and the region, and claimed the life of 34-year-old woman. Her tree fell, the victim died on the spot, according to a story TSN.19:30.

Her friend managed to jump away, but she is now in a state of shock. The storm caught the city around 21:00 PM, the cars were literally floating in the water. Kiev shot the crazy lightning, one of them came right into the tower. A huge poplar in Vasilkov escaped directly from the roots and fall to the ground. “I only had time to run to the house, it started to crack. I never saw the door shut and quickly ran and came back – he lays,” said Olga, in the courtyard where the tree fell.

Videobestanden village and one death: the aftermath of a hurricane in the Kyiv region

The storm caught the city about nine in the evening. In the Kiev region were de-energized in the morning under two hundred settlements. Cars were literally floating in the water. There are a victim of the weather: two women were walking on the sidewalk when one of them dropped a big limb. 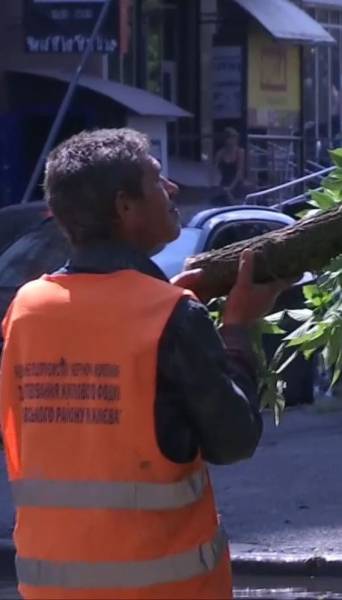 People say that such destruction from a storm – destroyed in minutes 68 trees – I do not remember. The Council say that fall and spring pokrenuli 120 trees, but fell the thickest. “You see, it’s not emergency trees, live trees fall” – shows the effects of hurricane reporters. Trees fell on roofs, roads, pavements, because of this, more loss-like problems with movement. Only in Vasilkov 32 damaged power lines, light restore still.

Grad with a goose egg and a fallen fir: the hurricane caused a trouble in Bukovina and Transcarpathia

In the Kyiv region in the morning it was de-energized under two hundred settlements. “Literally, the wind was half an hour, and then all was quiet and there was just the rain”, – eyewitnesses tell. Kievans recognized that the main during such events is to take street children. “It is dangerous, it is natural phenomenon from which nobody is insured, as life shows,” says Julia. Rescuers urge to do so – during a heavy shower as soon as possible to enter the room.