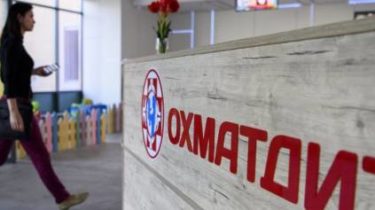 5-year-old boy is still in a coma.

For the life of the children, who the day before suffered from the explosion in Kiev, struggling doctors Metropolitan hospital “OKHMATDYT”.

Namehi 5-year-old boy in serious condition. He did a couple of hour-long operation. The doctors saved the baby’s eyes. He’s still in a coma.

The condition of the injured three girls – two eight and 11-year – old- after surgery remains moderate.

The children received shrapnel wounds, when playing in old abandoned cabin “Volga” in the courtyard of a residential building in a residential district of Kiev. In their hands exploded an unknown object.

According to local inhabitants, thrown “Volga” which stood open in the yard for several years. Children from time to time indulged inside. So it was the day before. Stumbled on an unknown box, opened it, and there came a gap.

The children were taken to the hospital “OKHMATDYT” – suffered the smallest, 5-year-old Pavlik. Doctors are fighting for his life – mostly for the vision, because the shrapnel had hit him in both eyes.

After the explosion experts several hours combing the area. Was looking for suspicious things.

The owner “Volga” in Rivne offer law enforcement has been contacted. He is not in Kiev and claims that neither he nor the relatives were not aware, the explosives were in the car.