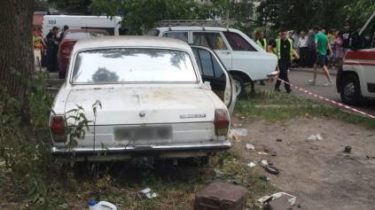 After the explosion, he ran in the Rivne oblast.

Militiamen detained the owner of the car “Volga” in Kiev, where the evening of June 14 explosion, resulting in four children were injured.

This was announced by the Minister of internal Affairs of Ukraine Arsen Avakov on his page in Facebook.

The explosion of a car in Kiev. Three girls operated, and the boy is still in a coma

“In Kiev, yesterday, the children climb into parked on the street starychi skeleton of the car Volga, open the glove box – there is an explosion – circle of blood – four children 10-12 years old were injured – one not coming back.. the Owner of the Volga, most likely reacted to the installation of explosives – traps on the previous theft of tools. (In fact the explosion – escaped. Now detained by the police in the Rivne region..)”, – said Avakov.

Some skazhenny the last couple of days, even for my already accustomed, it would seem such events of perception of the world…..

We will remind, explosion at the Chernobyl St. in Sviatoshynskyi district of Kyiv took place on 14 June at about half past four in the evening in an abandoned car “Volga”, in which children have climbed to play. As a result, four children aged 5 to 11 years were injured and hospitalized. Militiamen establish what exploded, and all the circumstances of the incident and involved persons.

According to doctors, all children are receiving treatment in the Metropolitan hospital “OKHMATDYT”. The condition of three injured girls , doctors assessed as moderate. The little 5-year-old boy in serious condition. He did a few hours of operation. The doctors saved the baby’s eyes. He’s still in a coma.

Videosa life of the children injured in the explosion in Kiev, fighting doctors

Yesterday in a residential district of Kiev explosion. In salon “Volga” exploded an unknown object. In the car at the time, played 4 children. Three girls hospitalized in a state of moderate severity, 5-year-old boy in serious. 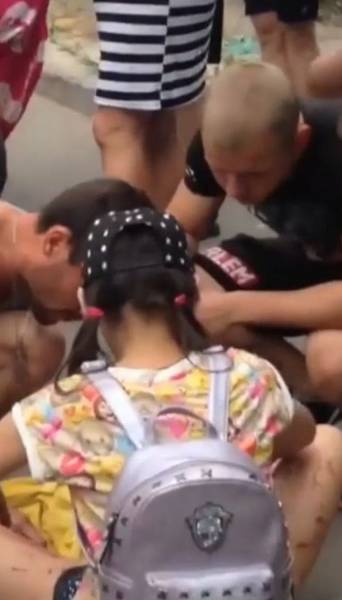