In Poland want to limit the import of Ukrainian raspberry 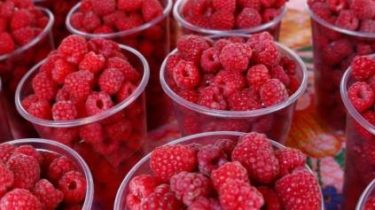 In Poland want to limit the import of Ukrainian raspberry

Local farmers do not stand up to cheaper competitors ‘ products.

Polish farmers turned to their government to ban the import of Ukrainian raspberries.

The Association of Polish fruit growers is required to limit the import of cheap raspberry from Ukraine, which has subsequently appear on the Polish market. This is stated in the plot program “snidanok z “1+1”.

The situation that has developed, growers are already calling critical for yourself. But if the price will remain at the same level, they will face the local economic crisis. The average price per kilogram of raspberries dropped to the critical level of 2 PLN – 14 hryvnia. Some farmers have been forced to sell their berries almost 75% cheaper than last year.

It was reported earlier that Ukraine began to actively sell the apples to the European market and to compete with Poland.