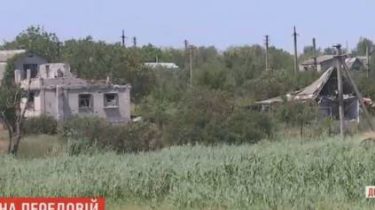 The men say this fire was not for many years

Eastern front. The beginning of the world Cup, the militants said volleys of heavy howitzers and mortars. Beaten so long and so precisely that even the old-timers to the advanced, seasoned warriors, remembered 2014. After you hit the enemy artillery shells of Water on the sea of Azov burned more than one hour, according to TSN.16.45.

Four enemy self-propelled howitzers at the same time covered the Water and the surrounding area with heavy caliber.

“The championship began with their victory and decided to celebrate SAU 122 mm with about seven or eight in the evening, a volley of our neighbors and for us” – says the military.

The heads of the soldiers showered the murderous kilograms of iron, leaving yourself a funnel and holes in wooden floors. The military said that such strikes were not in 2015.

The fire of the enemy howitzers adjusted the drone. As it tried to shoot down our soldiers, to get into the drone could not. The shells of fighters went very close. And the entire coastal area injuring four soldiers. 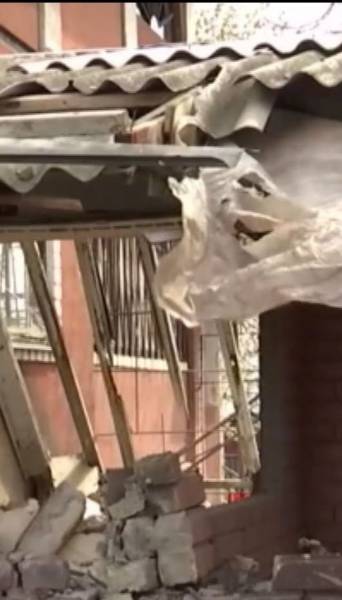 After the execution of our suburbs, the enemy suffered a fire in the village, setting fire to dry grass and finishing off the survivors home from mortars and infantry fighting vehicles. Uncle Gennady is one of the few local who stayed in the line of fire and felt the touch of the “Russian world”. When hid in the basement, I saw the blood. A splinter pierced the skin, but not stuck in the body. Military medics gave first aid – evacuation pensioner refused.

“Sorry to leave. It’s all made by my hands,” says the man.

Uncle Gennady born a second time in the shirt. Six months ago his yard came a mortar bomb. Dumped half, but neither he nor his wife is not hooked. They tempt fate, and while it’s favorable to them. And despite the attacks to leave does not want. The only thing that says the pensioner, once an ardent fan, some time football, he no longer loves.