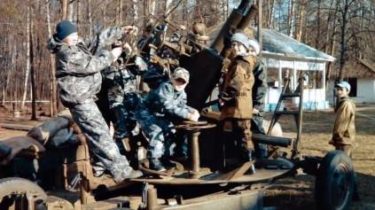 One of the Russian “volunteers” now took over the “military-Patriotic education of youth.”

Counterintelligence SBU has published a biography of one of recent leaders of the militant groups of the “Union of Volunteers of Donbass” – Roman Milenkevich.

He was born in 1974. Now there is hollowly of the Board of Russian public Association “E. N. O.T.”. Known for her active involvement in the occupation of Donbass under the call sign “Water” directed the groups of Russian “volunteers” under the guise of “E. N..T. Corp” perform tasks of military intelligence of the Russian Federation. 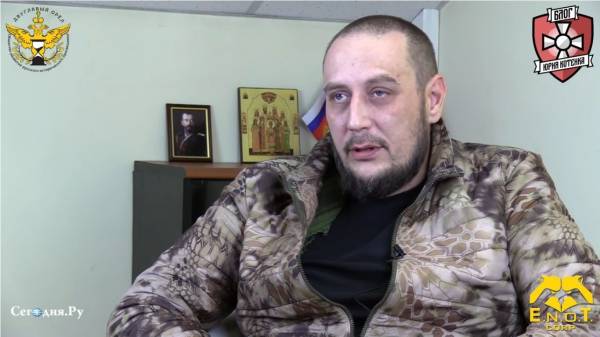 “The so-called “raccoons” […] were also active in the clean-up of the Russian special services of their own warlords like Bednova and Brain, which left from-under control of the invaders. Although this does not prevent Talentwise to make friends in the occupied Luhansk region with the commander of the gang “Bryanka USSR” – a real criminal, thug, rapist and murderer Dmitry Pjunk with the call sign “Fierce”, – stated in the material counterintelligence. 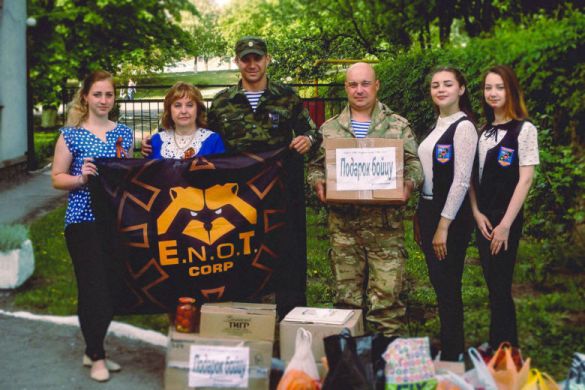 According to the SBU, some Russian experts have called this “Corporation raccoon” private military company that supplies footage of mercenaries in Syria.

After their “humanitarian trips” to the occupied part of Ukraine, Milenkevich joined the “Union of volunteers of Donbass”, where he was appointed head of the Committee for military-Patriotic education, joined the Board of “Union” and its so-called “Council of commanders.” 2017 he “went on a “platform of ideas” with colleagues in an aggressive war against Ukraine and concentrated on his “raccoons”, noted in counterintelligence.

Milenkevich, left for military service in the army, more than ten years lived in a small town in the suburbs and was interrupted by small private enterprise. 2009, Milenkevich became the assistant to the President of the “Foundation of national and international security.”

“Water” was an activist of the organization “Svetlaya Rus”, “people’s Council”, the party “Great Motherland”, “Central Cossack army”. During his stay in the “people’s Council” headed a wing of this movement – Association of military-Patriotic clubs “Reserve”, which later became the Foundation for the creation of “E. N..T.”

“Values of these organizations was no secret – the fight against “antirevolution, Russophobia imposed by Europe of a new juvenile abomination legalization parades perverts, molesters of youth, destroyers of the Russian statehood and the restoration of historical justice”, – noted in counterintelligence.

Milenkevich, now retired “volunteer Union of Donbass”, and actively promotes the activities of their organization “E. N..T.”, which has the status of Russian public enterprises. Before the war in the Donbass movement began its activities with combating illegal migration in Russia, resulting in mass killings of the natives of Central Asia and the Caucasus.

In Belarus members of the organization “the E. N..T.” attract Belarusian youth in their training camps for military training under the motto “combating radical Pro-Western opposition.” 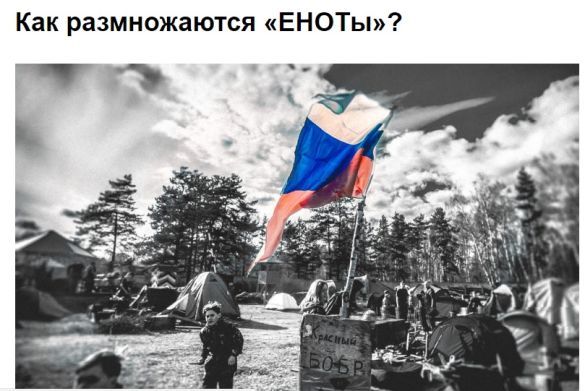 Counterintelligence noted that the leaders of the movement like the uniform with the stripes of the Russian monarchist flag.

The basic direction of activity of “the raccoons” currently the military-Patriotic education of youth. The organization has a youth paramilitary wing, practice sessions with children. Quarterly hosts a gathering of participants from all over Russia, emphasis is placed on training with military instructors, master classes with various weapons, training in subversive activities. All this is accompanied by participation in various forums, which promotes the need to counter Western values, fighting with the opposition.